On September 28th for the seventh year in a row Bulgaria marks the International Right to Know Day. At a special ceremony the Foundation “Access to Information Programme” handed out awards and tokens to those who have contributed towards distribution of free information. Citizens, journalists, non-governmental organizations and state institutes, who with their activity have contributed to the right to information, were acknowledged.
After the democratic changes in 1989 Bulgaria made huge steps forward in the direction of providing bigger transparency and openness. For the first time the right to have access to information was included in the new Constitution of 1991. The same year the Law of environment was passed, which envisaged special access to information in regard to preservation of environment.

Despite these first steps many years access to information in Bulgaria was not easy. This motivated active representatives of society together with lawyers, journalists and sociologists to combine efforts and create the “Access to Information Programme”. For 13 years now it has been working energetically for the popularization of this basic human right. The foundation also offers legal help and advice to those citizens, who have decided to exercise their right. After many discussions the Law for access to public information was passed in 2000.

“These discussions helped the people to recognize their right to receive information and to use it”, says Gergana Zhuleva, executive director of the “Access to Information Programme”. If in 2000 only 3 per cent of the Bulgarians new this right of theirs, last year their number reached 34 per cent. However merely some 8 per cent of them used it. This became evident from the survey carried out by “Market links” at the request of the Foundation. 98 per cent of the journalists are well informed of their right to have access to information and 60 per cent of them have used it in order to fulfill their professional engagements. Statistics show that Bulgarians file far more requests for access to information in comparison with other countries. Last year for example they were 23 000, while in Holland, which has a population twice as that of Bulgaria, only 1000 were filed. More from Mrs. Zhuleva.

“The big number of requests does not always speak of a greater activity. This may be so, but at the same time it may mean that very little public information has been published on the Internet pages. That is why the citizens have to file requests for matters, which in other countries are published on the Internet pages of the different institutions”.

Which are the main difficulties that Bulgarian citizens encounter when they want to exercise their right to have access to information?

“As yet the answering of the electronic requests has not been organized very well, says Gergana Zhuleva. Their number increases and last year they comprise 35 per cent of all filed requests. In the year 2000, when the Law was passed, it was specified that they way electronic requests would be filed and answered would be decided by the head of a given institution. We sincerely hoped that for these past 8 years the heads of the institutions would have regulated the ways that this is done. However the number of institutions that have set their regulations for answering electronic requests for information is not big. That is why, for the second year, we aim our campaign towards filing requests for access to information only electronically and answering them in the same way”, says Mrs Zhuleva in conclusion.

The abnormally high January temperatures made the bee colonies leave their hives, BTA informs. Higher winter temperatures were observed in Southern Bulgaria in recent years. That is why beekeepers in Smolyan district are not surprised that.. Bulgaria is not the first country of choice for the dedicated beer lover. Compared to countries with over 1,000 years of brewing tradition like Germany and Belgium, or to world renowned producers such as the Netherlands and the Czech Republic, this.. 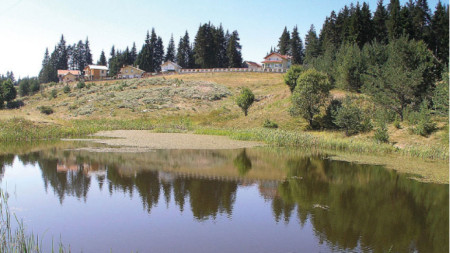 The popular game farm Dichkan is located in the Southwestern portion of a beautiful mountain, the Rhodopes, close to Satovcha village near Blagoevgrad, an area with abundant game but also rolling pastures. The mild Mediterranean climate, as..