In this issue by DX Editor Dimiter Petrov, LZ1AF, with Broadcast Tips by Rumen Pankov:

Glorioso / FT5GA is the topic of discussion this week. The French Military team is doing a pretty good job considering all things. The “Statistics” on the web site shows they are averaging around 2,500 QSOs a day. Considering they are involved in military duties and the fact that they have to shut down four times a day for generator servicing, that number is probably pretty good.

They have two Yaesu FT990’s and an Elecraft K3 transceiver with three Bulgarian-made ACOM 1010 amplifiers. The antennas are three spiderbeams – V40, V80 , V160 and K9AY. With five operators and scheduled departure of October 8th, they choose to have three stations running during the day and two at night to allow for some rest. They have four periods of shutdown daily for generator maintenance (usually at 04, 10, 16 and 23 UTC, but the hour may vary).

Please note that there has been some pirate operation. If your contact does not show up on the log search, work them again, as they are aware of the pirate activity. QSL to Didier, F5OGL.

The DXCC entity Midway Island is KH4 and the DXpedition has been issued the call sign K4M. There is less than a month to go before the K4M hits the air. Our final dates are now set, is said in their Press Release Number 7.

“We arrive on the island on October 9 and our return will be October 19. That gives us two weekends to be active. Our website was updated this week with interactive propagation chart. Pick a month and then the time and it will show you openings from KH4 to the world at that moment.

In a year when the sun has been utterly blank 80% of the time, the sudden emergence of two large spots in a single day is a noteworthy event. NASA satellites and amateur astronomers are monitoring a pair of growing sunspots, both apparently members of long-overdue Solar Cycle 24. The emergence of these active regions is not enough to end the deepest solar minimum in nearly a hundred years, but they do represent a significant uptick in solar activity.

Gary Schmidt, W5ZL, Rumen Stefanov, LZ2RS and Bob Titterington, G3ORY were recorded especially for our DX Program and will be included in our next issues.

Niger. Radio Niger of Central Africa has resumed its broadcasts on short wave on 9705 kHz. The emissions start at 17 or 18 hours on the different days and are in local languages, at 18.57 hours in French while at 19 hours the program Journal en Francais of Radio Voix du Sahel is aired. There are no emissions in English. The postal address is: La Voix du Sahel, B.P. 361, Niamey, Niger, Africa.

Argentina. Radiodifusion Argentina al Exterior already broadcasts in English Monday through Friday from 18.05 to 18.55 hours on 9690 and 15345 kHz to Europe and Tuesday through Friday from 02 to 03 hours on 11710 kHz to North America. Reception in Bulgaria is impeded by Radio Morocco also broadcasting from 18 hours on 15346 kHz. Programs from Argentina can be received on 11133.5 kHz LSB – a frequency used as a feeder in the country.

Thank you for being with us. Your opinions and suggestions will be appreciated and all reception reports confirmed with the QSL card of Radio Bulgaria. Please address your letters to English Section, Radio Bulgaria, Sofia, Bulgaria or by e-mail to english@bnr.bg . An online reception report form is available at www.bnr.bg – in the DX Program category or if you scroll down to the bottom of the page. You can download it from your computer or print it out!

Eighteen people, fighting with themselves and for themselves, welcomed 2022 in “St. Elijah” addiction treatment centre located at the foot of the Balkan Mountain Range not far from the town of Gabrovo. The centre was unveiled in the spring of.. 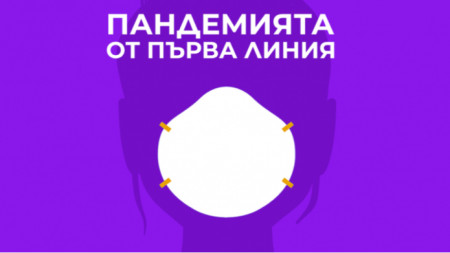 What are the personal and professional battles the people on the frontline have had to fight in various social spheres during the pandemic? What are the problems, what is solidarity and does it exist in Bulgaria? The answers to these.. The pandemic is reforming the educational process

More than 600 days have passed since the start of the Covid-19 pandemic. A time that completely changed our way of life, made us more alienated and lonely than ever. The fear of survival has affected our daily lives, forcing us to rethink..