European night of the scientists 2009

Concerts, exhibitions, poetic readings, curiosity classes, night gazing, a competition called “The culinary fantasies of astronomers”, contests and discussions – these are only some of the events accompanying the Bulgarian Night of the Scientists 2009. It will take place on September 25. The event is organized for a 5th year in a row across Europe and with the backing of EC. The aim is to present the different kinds of sciences in a more attractive way so as to draw attention of the young people to them. On the other hand, the event also seeks to change the stereotype scientists have in society – of being serious and fully absorbed in their research – and show that they have other talents as well.
For Bulgaria, this is the 4th year of participation in this pan-European event. This year is devoted to astronomy and technologies. Shows are planned in towns across the country. There will also be an auction of paintings made by children from the orphanage of “P.R. Slaveykov” in Sofia. The aim is to gather funds for the orphanage. There will be curiosity classes in the buildings of the Technical University in Sofia and they will be opened to all interested in the sciences.

“The classes are laboratories equipped with modern technology in which students from the Technical University (TU) work,” Ass. Vladislav Slavov from TU explains. “The first laboratory is about virtual engineering – a really new science that sprang at the end of last century. The lab was set up last year in cooperation with the university of Karlsruhe in Germany. Its visitors will be able to see virtual reality and how scientific projects are created in it. The second lab is about ecological engineering. Inside, there will be demonstrations of bio-sensors and their application in space research. Visitors will also be able to see a GSM transmitting station. There will be acquainted with the latest in mobile communication technologies. There will also be cafés with discussions. The program of the event hosts a reading of poetry written by Bulgarian scientists.”

In the town of Shumen, in Northern Bulgaria, visitors will be able to see the night show “Send a message to the stars” and to taste some of the dishes prepared in the competition “The culinary fantasies of astronomers”. In the town of Plovdiv, in Southern Bulgaria, the concert called “Science in sounds, colors and dances” will be performed.

“In the town of Stara Zagora, in Southern Bulgaria, the science café will host a discussion on “Seriously with a smile on astronomy and astrology”. Attendants will be acquainted with numerology and applied astronomy. All that will be presented in a very entertaining way,” says Margarita Slavova from Thracian University. “In the town of Yambol, in Southern Bulgaria, a theatre play called “Physics with Romeo and Juliet” will be performed which combines in an attractive way figures from the sciences and from Shakespeare’s work. In the town of Haskovo, Southern Bulgaria, an exhibition of telescopes will be hosted entitled “A parade of the telescopes”. The aim is to gather all fans of astronomy to exchange ideas and experiences. There will be a competition for the fastest tracking of a stellar object. Another competition, to be held in the town of Dimitrovgrad, will include the making of sun dial,” says Margarita Slavova in conclusion. 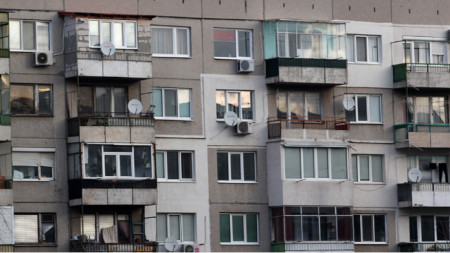