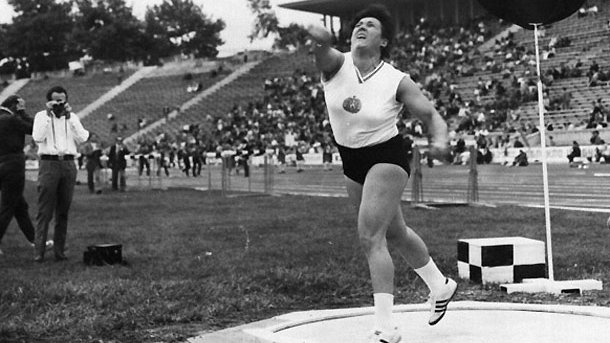 Ivanka Hristova triumphed in the shot put at the Montreal Olympic games, 1976
Photo: www.bgolympic.org
Athletics were part of the Olympic Games since their creation in the antiquity. The ancient Olympics included a sprint race with a length of about 192 meters. The oldest historic data about the winners in this race date back to 776 BC. According to historians, this was the year of the first Olympic Games. Centuries later, after the revival of the modern Olympics in 1896, Bulgaria has marked great success in the sport.

Despite the fact that Bulgaria was among the 14 countries that took part in the first modern Olympics, which took place just 18 years after Bulgaria gained its independence from the Ottoman Empire, no Bulgarian track and field athletes took part in the first games. Bulgarian athletes had their Olympic debut in Paris in 1924. Four Bulgarians competed then. These were Lyuben Karastoyanov, Kiril Petrunov, Anton Tsvetanov, and Vasil Venkov. Yordanka Blagoeva
In comparison to other sports, however, track and field athletics in Bulgaria developed slowly. In 1938 the Bulgarian Athletics Union announced that it had a total of 482 members, as only 120 of them were above 18. After the Olympic games in 1972 in Munich the world started to speak with astonishment about the Bulgarian athletes. In Germany Diana Yorgova won a silver medal in the long jump, while Yordanka Blagoeva grabbed silver in the high jump event. Both competitors remained just a centimeter behind the gold. During the same Olympics Vasilka Stoeva won the bronze in discus throw, while Ivanka Hristova added up to the success with a bronze in the shot put event.

Bulgaria was very successful at the games in Montreal in 1976, when Ivanka Hristova became Olympic champion at the shot put event. At the games Yordanka Blagoeva won her second Olympic medal – a bronze in the high jump, while Maria Vergova won a bronze in the discus throw. Nikolina Shtereva became second in the 800 meter running event. Among the men Petar Petrov was successful, taking part in the final of the 100 m event. At the next Olympic Games in Moscow in 1980, he managed to grab the silver medal in the discipline.

The biggest triumph for the Bulgarian athletes came in Seoul in 1988 when Yordanka Donkova won the Olympic gold in the 100 m hurdles, while Hristo Markov became an Olympic champion in the triple jump. Markov’s medal is the first gold medal won by a Bulgarian male athlete at Olympic Games. In 1988 legendary Stefka Kostadinova won the silver in high jump, while Tsvetanka Hristova grabbed the silver in the discus throw. At the following summer Olympics in Barcelona Yordanka Donkova won the bronze medal at 100 m hurdles.
In the end of the 80s and the beginning of the 90s Bulgaria had world stars in athletics and Stefka Kostadinova was one of them. In 1987 the Bulgarian set a high jump record of 209 cm, which remains unbeaten to this day. Kostadinova, however, managed to reach the Olympic gold in 1996 in Atlanta. In Sydney in 2000 Tereza Marinova won the triple jump gold.

At the games in Athens in 2004, Ivet lalova placed 4th at the 100m event. In 2011 Lalova demonstrated she is great shape and she is often said to be the fastest white woman on the planet, after qualifying for the 100 m final at the World Championships in Athletics in South Korea. In 2012 Bulgaria will expect memorable performance of Lalova and the other Bulgarian athletes.

Athletics embodies the Olympic motto “Faster, Higher, Stronger.” In 2012 in London, more than 2000 athletes will compete and the Bulgarian goal is to prove that traditions in the sport have not been lost.

Bulgaria's Viktoriya Tomova has taken the lead in the second phase of a demonstration tennis tournament in Belgrade, organized by the Janko Tipsarevic Academy. Tomova won 5:0 against Bojana Klincov (Switzerland), when her competitor withdrew in the match.. 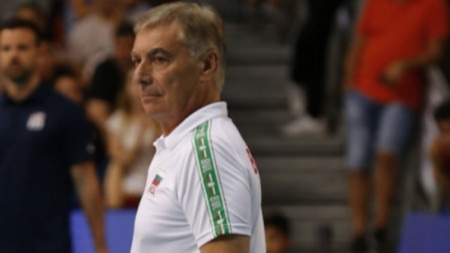 Italian head coach Silvano Prandi is again the selector of the men's national volleyball team. This brings him back as one of the key figures in Bulgarian sports.  "I feel like I haven't stopped working with this team. For me, the national team.. Bulgaria's Viktoriya Tomova has taken the lead in the second phase of a demonstration tennis tournament in Belgrade, organized by the Janko Tipsarevic..