Two Bulgarians flew among the stars 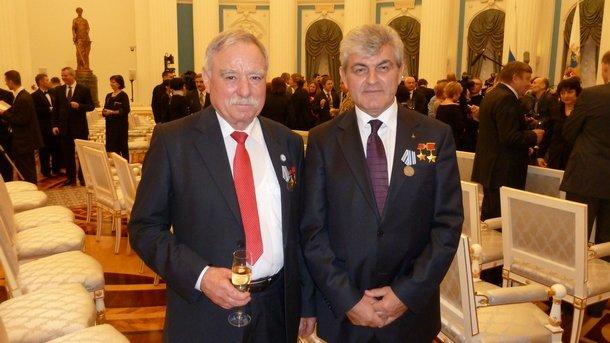 Astronaut Georgi Ivanov
In 2011, the world celebrated the 50th anniversary of the first manned flight into space conducted by the Russian cosmonaut Yuri Gagarin. It happened on April 12, 1961. Today, when travels into the interstellar space are already a fact and one can buy a piece of land on the moon, it is difficult to believe that humanity's cosmic adventure began just half a century ago. We, Bulgarians, have a legitimate reason to be proud that we were part of the beginning of this adventure. Two Bulgarians flew into outer space. Bulgaria was the sixth country in the world to send a man there. Besides the USSR, it is the only country from the former Eastern bloc with two cosmonauts. The first of them was Georgi Ivanov who flew into space on April 10, 1978 onboard the Soviet spacecraft "Soyuz-33". His substitute for this flight Alexander Alexandrov had to wait a decade before fortune smiled at him and he took to the stars on June 7, 1988 with the Soviet ship "Soyuz TM-5."

The first flight with a Bulgarian astronaut ranks among the first in the list of the most dramatic space ventures. It lasteed less than two days. Due to technical malfunction, the ship failed to dock with the orbital station "Salyut-6" because the convergence with it ran at a higher speed than expected. A correction of the speed was required at which one of the engines of the Soviet spacecraft switched off. The docking was now impossible. The accident was so severe as to jeopardize the lives of the two astronauts - Georgi Ivanov and Russian flight commander Nikolai Rukavishnikov. For the first time in cosmic history, the Soviet Union was faced with a very critical situation.
In April 2001, the flight leader from Earth, the Soviet cosmonaut Alexei Eliseev wrote in his memoirs: "When there was a distance of only two hundred meters to the point of the docking, one of the engines of the Soyuz spacecraft went off. It seems that such a bad accident had occurred that the cosmonauts might have had to return to Earth. The docking was impossible and we had to decide how to save the crew. It's hard to describe in words how we felt that night. Finally, we decided that they should use the replacement engine, the small engine and all fuel on board to come out of orbit and start moving toward the Earth. With incredible efforts of technical thought and human will, the the crew was rescued. Analyzing this complex and extraordinary flight, the state commission reached the conclusion that it provided very important information for the further development of human space flights. The actions of our cosmonauts were assessed as courageous and appropriate." For the first time in the history of manned spacecraft, a ballistic descent of a spacecraft was carried out, with overload of up to 10 times higher than that of an artificial satellite.
The second flight of a Bulgaria astronauts among the stars, Alexander Alexandrov, was not accompanied by such dramatic events. The Bulgarian researcher carried on board more than 50 scientific experiments during his 10 days into outer space. The space suit of astronaut Alexander Alexandrov
What is the significance of these two Bulgarian space flights?
"For the science and industry of a country, its participation in space flights is like a high ranking in an Olympic tournament," said for Radio Bulgaria Prof. Peter Getsov, director of the Institute for Space Research and Technology at BAS. At the time, he was chief engineer of the space scientific program implemented by the second Bulgarian cosmonaut Alexander Alexandrov.

"Little Bulgaria ranked among the most important countries in the field of space research and technology. I want to mention another fact that in 1971 we launched into space our first cosmic device and this made us the 18th country in the world to have desifned space equipment and conducted its own experiments in space. Bulgaria is the third country in the world that produces space food. In those years when Bulgaria’s first astronaut flew into space and before that, we were the only producer of space foods along with the USSR and the USA. Besides the flights of our cosmonauts, these three factors are significant space achievements for our country. All this is a sign of the creative spirit, highly educated population and technological of Bulgarians."

So far, Bulgaria has launched into space more than 200 devices, systems and appratuses. It has conducted over 300 experiments and continues to participate successfully in the international division of space activities. In connection with these first flights, scientific fields such as space physics, remote sensing of the Earth from space, space medicine and biology have been developing in Bulgaria.

"These programs were a major financial injection for Bulgarian science, industry and technology. We purchased large amounts of modern devices, advanced machinery and equipment, many people received highly qualified training. It is noteworthy that even now many of these devices are fundamental for some experiments in space. The fact that we had a Bulgarian astronaut in space gives higher self-esteem to the nation. Every nation needs above all self-confidence to be able to prosper. "

After all this is said, it is only logical to expect that Bulgaria is now a member of the European Space Agency. Unfortunately, this is not the case. For the present-day financial situation of the research institutes and technology companies, the membership in the European Space Agency is quite expensive. The Institute for Space Research and Technology at the Bulgarian Academy of Sciences however actively participate in the space ventures of European Framework Research Programmes.

"We have now about 30 joint projects with other countries”, Professor Getsov says. “Cooperation opportunities today are greater because there are no political constraints. We work with Russian scientists and companies as well as with European, American, Japanese, Indian, etc."

Will Bulgaria send a man into space again?
Not a tourist, but an astronaut? The director of the Institute for Space Research and Technology is among the few optimists. His answer is "Yes, and this moment is not in the distant future." 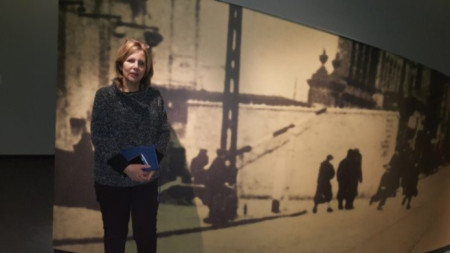 A descendant of Bulgarian Jews shows the archive of Janusz Korczak

The date of January 27 has once again arrived - the day on which the few survivors of the Auschwitz concentration camp were released in 1945. Decades later, the United Nations Organization turned this date into an International Holocaust.. The strong connection with Bulgaria is in our genes. It becomes even stronger under certain circumstances. There are many examples in..

A descendant of Bulgarian Jews shows the archive of Janusz Korczak

The date of January 27 has once again arrived - the day on which the few survivors of the Auschwitz concentration camp were released in 1945...