Photo: BGNES
/
Update Required To play the media you will need to either update your browser to a recent version or update your Flash plugin.

We offer you today a festive concert dedicated to May 6 – The Day of the Bulgarian Army. The day is traditionally celebrated in Bulgaria, with a lot of music. Truly patriotic military marches bring back the atmosphere of major historical events. We pay our respect to all who gave their lives for the fatherland with “Sinoven dulg” (“Son’s Duty”).

“Velik e nashiyat voinik (“Our soldier is great”) has been the anthem of the Bulgarian army since 2001. The march is dedicated to the heroism of the 23rd Shipka regiment in 1917. Author of the music is Mihail Shekerdjiev who was conductor at the first performance of the march on the battlefield. The march has been symbolic of the Bulgarian Army since then.

The lyrics of the Bulgarian military march “Edin zavet” (“One Legacy”) were written by Ivan Yonchev. Music is by chapel master Georgi Shagunov.  The march gained popularity fast after it was created and became an indispensable part of the repertoire of students’ and professional Bulgarian choirs, among them the renowned men’s choirs “Gusla” and “Kaval.”

Let’s hear another Bulgarian military march, which is dedicated to the glory of Tsar Simeon I. The march is entitled “Krai Bosfora” or (Near the Bosphorous). The author of the music remains unknown.

Most of Bulgarian military marches were created in the end of the 19th century and the beginning of the 20th century. At first they emerged as songs on the battlefield and were later arranged for orchestras. This tradition continued and during the past century renowned composers started writing military marches. One of these composers is Alexander Raichev. Listen to “Ustrem:”

After the end of the First World War the region of Dobrudzha was separated from Bulgaria. The next piece is entitled Dobrudzhanski Krai or (“Dobrudzha region”). Alexander Krastev is author of the music. Lyrics are by Lyubomir Bobevski.

In the beginning of the past century Alexander Morfov wrote his military songs that were performed during the Balkan War and the First World War. “Nii shte pobedim” (We are to be victorious) is the earliest march he wrote in 1900 and it immediately started to be performed by the army.

A military parade traditionally takes place on May 6 in Bulgaria. Battle flags are also blessed and the day is a national holiday. Let’s feel the atmosphere of the celebrations with “Praznichna Sofia” (“Festive Sofia”).

As people know, no Bulgarian celebration goes without a ‘horo’ – traditional Bulgarian chain dance. That is why we end today’s festive concert dedicated to the Day of the Bulgarian Army with “Proletno probuzhdane” or “Spring Awakening.” The music is written by great folk composer Diko Iliev 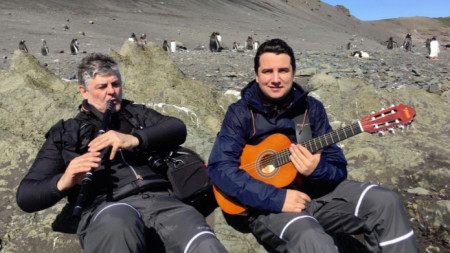 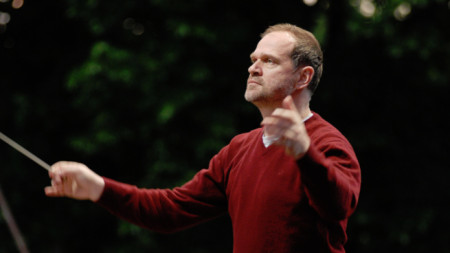