Photo: etar.org
/
Update Required To play the media you will need to either update your browser to a recent version or update your Flash plugin.

Artist and ethnographer Lazar Donkov explained in the middle of the 20th century his idea about the creation of the Etara Architectural-Ethnographic Complex near Gabrovo like that: “In order for the past to become visible, easily perceivable, in order for this huge national wealth to be preserved”. This is a unique open-air museum, open for visitors as early as 1964. It is situated only 8 km away from the Balkan town of Gabrovo and is included in the 100 Tourist Sites of Bulgaria list. When one walks around the Etar, he or she can see all these authentic details from the old everyday life of Gabrovo. Mrs. Petya Boneva from the PR Dept. with the Etar Architectural-Ethnographic Complex is our guide through the cobblestone streets of the small settlement.

“The museum was created with the idea the architecture, lifestyle and agricultural past of Gabrovo from the Renaissance period to be revealed. We are talking about the second half of the 18th and the 19th century. That was also the period when over 26 crafts were developed in the town. Their production reached the markets of Bucharest, Vienna, Marseille, Anatolia and others. One can see here the only one in Bulgaria exhibition of the so-called folk technique on water /water facilities/. It consists of 10 objects and is one of the best organized among the European open-air museums. That is why the water wheel has become a logo of the Etar. The most important detail is that all the facilities are actually working, just like they did in the past. They are all placed in their natural environment and in their original size. The ethnographic complex is a replica of old Gabrovo. 16 samples of Renaissance architecture can be seen in the bazaar street that reveals the talent and originality of builders back then. Craftsmen make and sell their production on their own today, just like in the old times. The process of creation of each object, made of wood, clay or leather can be seen here with the instruments that were used 100 – 200 years ago. There are over 20 acting crafts in the moment,” Petya Boneva says. Those, who wish may take part in the studying of some of the crafts. You can sew your own leather bag here or make a clay cup on your own. Such a memory remains for good - that is sure. There are quite a lot of fests in the Etar too over most of the year, recreating some of the old traditions and customs. Petya Boneva gives us details on those:

“The rich spiritual inheritance of this place is brought back to life with the songs and dances of Bulgarian folklore. Recreations of the customs, related to major folk fests, such as St. George’s day and others take place on these days. The last weekend of August is devoted to the ethnographic variety of the Bulgarian lands, again through recreations, this time of wedding customs. The Etar has a long-lasting tradition in working with children. The small history and ethnography fans participate in recreations of all traditional fests and different contests. Each summer weekend visitors can watch demonstrations of old domestic crafts – for instance, painting of clothing with plant dyes or knitting with cornstalks. The International Fair of Folk Crafts is the culmination of the Etar’s cultural calendar. It takes place each year in the beginning of September, when craftsmen and visitors from Bulgaria and abroad gather here. Thus cultural traditions are preserved and the interest towards Bulgarian folklore crafts is maintained,” Mrs. Petya Boneva says in conclusion, inviting us to visit this magnificent complex.

Photos: courtesy to the team of the Etara architectural and ethnographic reserve 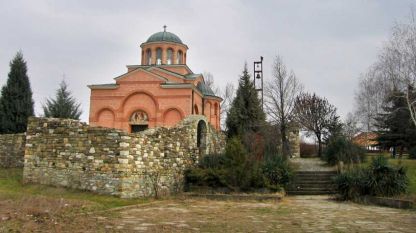 Number 25 in the list of the 100 National Tourist Sites in Bulgaria is the St. John the Forerunner Orthodox monastery. Its ruins are situated on beautiful heights above the Arda River which crosses the town of Kardzhali. The.. 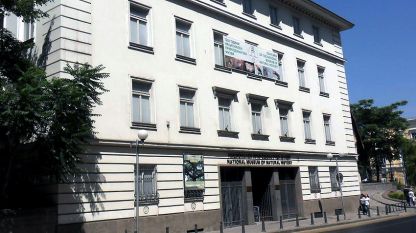 In the remote 1889 Bulgarian Prince Ferdinand placed at the palace chambers his personal collection of Bulgarian and tropical birds, mammals and butterflies. Thus, the foundations of the first Bulgarian museum, known today as the.. 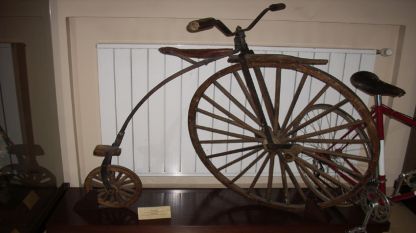 The history of Bulgarian sports goes back a long way – suffice it to take a look at the sports equipment and the dozens of trophies won by renowned Bulgarian competitors on show at the Museum of Sports in Sofia. Katya..