“Culture and knowledge are an extraordinary wealth and the more you give to others, the more you have.” With these words, Bulgarian President Rosen Plevneliev began awarding the highest state honors of the Republic of Bulgaria at a ceremony in the Coat of Arms Hall of the Presidency in the capital Sofia on June 18th.

"Today I am pleased to dignify with the highest state distinctions prominent Bulgarian scholars and artists who through their talent and thanks to decades of work have made our entire nation richer, more spiritual and more united. The creative path of each of these persons is remarkable as behind the facts we discover individuals passionately devoted to culture, art, science and the nation, these are destinies of bright personalities who have left a lasting mark in Bulgarian society. In the modern world, the most prosperous nations are those who have the courage to plan and look ahead, but this is only possible when the roots of spirituality are strong and deep. I believe you are one of the true benchmarks of the nation and beacons of knowledge for the young and for those who will come after them, examples of morality, devotion to the nation and its future, its traditions and its spirituality."

For his outstanding contribution to Bulgarian art, painter Encho Pironkov received the highest state award of the Republic of Bulgaria, the "Stara Planina" order first degree. The renowned master of the brush and representative of the Plovdiv paining school is known for his inimitable artistic style, but few know that now 80-year-old artist has no less famous granddaughter, the best Bulgarian tennis players of recent years Tsvetana Pironkova.

The second most important state award of the Republic of Bulgaria and the oldest, the Saints Cyril and Methodius order, in existence since 1909, was constituted by King Ferdidand following the independence of Bulgaria from the Ottoman Empire the previous year, as one of its holders has been the patriarch of Bulgarian literature, Ivan Vazov, who received it personally from King Boris III for his 70th anniversary in 1920.  For their contribution to science, the arts and culture with the order "Saints Cyril and Methodius" 1st degree at yesterday's ceremony were honored literary critic Mihail Nedeltchev, physicist Prof. Lalov, actress Prof. Elena Baeva and poet Najden Valtchev. From the music sector were honored folk singer Kalinka Zgurova and orchestral and opera conductor Dragomir Nenov.

On behalf of all winners, literary critic Mikhail Nedeltchev turned to the president and everyone present at the ceremony with the words:

"The millennium-old Bulgarian state has survived because for centuries it was mostly and only a state of the mind and the spirit. In the days of deceptive pragmatism and vulgar power, of the coarse materialism, we intellectuals must bear witness to the processes taking place. Words and messages can really do things and turn public affairs in a good direction. And especially receiving these high distinctions increases our responsibility and obliges us to continue making our contribution in the future, too."

For her long-time work in the field of documentary filmmaking with over more than a dozen titles, including nominees by the European Film Academy for best documentary Whose is this Song and Divorce Albanian Style, the St. St. Cyril and Methodius order was awarded also to the eminent Bulgarian filmmaker Adela Peeva who said for Radio Bulgaria after the ceremony:

"It is good to receive awards and recognition, especially when it is given by the highest state institution as the presidency. Of course, there is the excitement of being honored and one starts asking themselves if they have done everything in the right way. This award is given to people in an advanced age usually so that you make a quick assessment of your life and work up until this point. I felt quite awkward at first as there was this nationwide strike and protests and we all react really react to events. We are constantly talking about politics and suddenly you receive a medal and wonder whether someone would care at all but I think it's very important to have such recognition, especially in the field of culture. Politics is one thing, it is transient, today it is one person in power and tomorrow it is another, but we hope that what remains in the armor of the national culture will be more lasting." 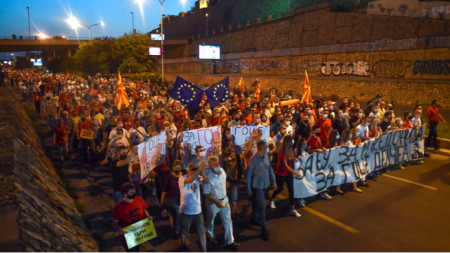 Skopje concerned with Bulgaria’s memorandum to EU North Macedonia’s opposition party VMRO-DPMNE has conducted a series of protests against Zoran Zaev’s cabinet. One of the topics raised by this party is connected with the dispute about the.. 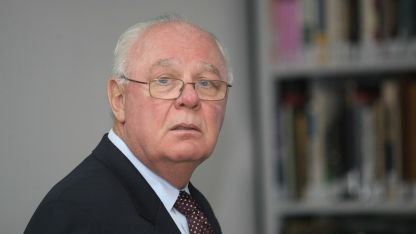 Former US ambassador James Pardew: Bulgaria has passed the point of no return

In an article published in the Politico , former US ambassador to Bulgaria James Pardew writes that "Boyko Borissov, the populist leader of Bulgaria, is facing a popular revolt that will not go away". According to the author of the publication,.. Toma Bikov from GERB: A resignation involves risks for the economic situation