Mariya Gabriel – MEP of the year 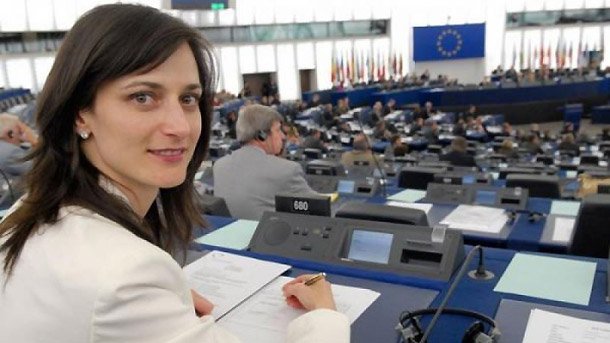 Two Bulgarians received the prestigious MEP Award 2013 of the European Parliament. These are Mariya Gabriel from GERB (EPP) and Prof. Vladko Panayotov from MRF (ALDE). The Parliament Magazine, the official edition of the EP, held its 9th annual ceremony in Brussels. The awards are granted to MEPs with significant contribution in the sphere  they work in. Mariya Gabriel was distinguished in the Gender Equality category, while Prof. Panayotov received the award for his efforts in the environmental field.

Here is what Mariya Gabriel said in an exclusive interview for Radio Bulgaria:

“Above all this is a recognition for Bulgaria’s contribution to the gender equality subject, which is one of the fundamental European values. This means that the EU has spotted our efforts for protection of women’s rights, for ending violence against them, for seeking more stimulating measures regarding the reconciliation of their personal and professional life. However, this award doesn’t mean that our work ends here. On the contrary, it does stimulate us to go on in that direction and to meet future challenges.”

Where are Bulgarian women, as far as equality is concerned?

“We should make difference between the spheres, where each member-state is situated. For instance, Bulgaria is taking one of the leading positions in Europe under the “women managers” criterion, an issue that is being seriously debated. We have a woman European commissioner, and another one that is a mayor of the capital city, along with ministers and others. We should be proud of this good example that we give within the community. However, we see that more work is necessary for subjects that are more sensitive, such as domestic abuse – sometimes a taboo for victims. We should keep on requiring training of people that work with such cases, in order for the victims to find the courage and strength to talk. We should unite our efforts for a better reconciliation of personal and professional life. Women shouldn’t be forced to select between being good experts and good moms. That is why policies should be stimulated, allowing the implementation of flexible working hours and kindergartens. Thus women will have a successful return to their jobs after maternity. The challenge here is a common European policy to be implemented, since in my opinion not a single member-state can cope with these problems on its own. I am glad that we constantly place those issues in the agenda of the EP, we send a really strong signal to the EC for the creation of a common policy in that sphere. Thus good practices, including the Bulgarian ones can turn into a common legislative frame.”

What are the prospects of women and of Bulgarian women in particular?

“I see the future of women in the further creation of opportunities for unleashing their potential and knowledge. 60 percent of university graduates in Europe are women. I see the great challenge in their career development after a few years on the labor market. However, we must make it clear that women should be included in the whole decision-making process, since their potential and knowledge are ready to be used, especially in these times of crisis. We can be proud of Bulgarian women. They are active, informed, more and more looking for a dialogue for solving  both national and international problems.”

Will we see soon a woman as president of the EP or the EC?

“The EP has had a woman for a president, but Mrs. Simone Veil has remained the only one so far. I hope this will become a reality again very soon. As far as the EC is concerned, its current President Barroso and the commissioners, they all have the will to pay more attention to gender equality and a better representation of women  on that level. We must continue defending the right of women to take high-ranking positions, but let’s make clear one thing – a woman should possess the necessary qualities, knowledge, and skills to take a position and not only the gender. That is the secret of success.” 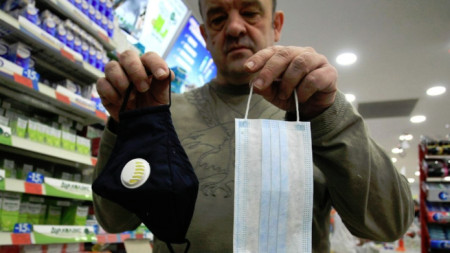