Pancho Vladigerov: 115 years since his birth Renowned Bulgarian composer, pianist and lecturer Pancho Vladigerov is one of the most prominent Bulgarian names of the 20th century. His numerous works, numbering around 70 opuses have left a mark in musical history. They include works that have come to form the foundations of the Bulgarian school of composition.

Pancho Vladigerov was born on March 13, 115 years ago. His twin brother Lyuben Vladigerov who was to become a violin virtuoso entered the world some hours earlier, but on March 12. Throughout their lives the twins shared everything – their novel ideas, their successes, the stage.  The Vladigerov brothers were one of the first concertising duos in the country. Their father, Haralan Vladigerov was a lawyer, his wife Dr. Eliza Pasternak was a Russian Jew and related to famous poet Boris Pasternak. She was the first music teacher to the two boys. At the age of 10, Pancho was already studying composition and theory with Prof. Dobry Hristov. The talent of the twins and their mother’s extensive contacts took them to the palace of Tsar Ferdinand who frequently invited them to perform to an array of different dignitaries. World famous violinist Henri Marteau was in the audience at one of their palace concerts. Delighted by the performance of the 12-year old musicians he arranged for their studies in Germany. At the Tsar’s insistence, Education Minister Prof. Ivan Shishmanov granted them a scholarship. And success came to Pancho Vladigerov while he was still a student – he won the Mendelssohn prize twice, in 1918 and in 1920. In that same period (1920 - 1932) he worked as pianist and composer at Max Reinhardt’s Deutsches Theater. Universal Edition in Vienna published the sheet music of his works, while Deutsche Grammophon in Berlin released gramophone records with Vladigerov’s performances.

Pancho Vladigerov returned to Bulgaria in 1932. At the Sofia Music Academy which bears his name, he became the first professor of composition. He lectured in composition, piano and chamber music for 40 years. Over the years his students have included names like Vassil Kazandjiev, Lazar Nikolov, Milcho Leviev, Alexis Weissenberg, Georgi Kostov, Bozhidar Abrashev, Stefan Dragostinov. It is impossible to name them all, but special mention should be made of his son Alexander Vladigerov. A talented pianist, composer and conductor, he organized the integral recording of Pancho Vladigerov’s body of works. Some of them – together with the Bulgarian National Radio Symphony Orchestra.

Even though he chose to live in Bulgaria, Pancho Vladigerov was very active in the musical life of Europe. He is holder of the Vienna University Gottfried von Herder prize in 1969. As performer he has been to dozens of European countries.

But alongside his professional talent, Vladigerov will also be remembered for his sunny disposition and the pranks he was always playing on friends, students and colleagues. Some of them have been preserved at the Bulgarian National Radio’s Golden Fund. Out of the numerous “orthodox” interview featuring Vladigerov’s attitude to “socialist art” we have chosen for you an excerpt dedicated to Labour Day, May 1st. The composer tells the story of a rehearsal in Stockholm: “I am a man who enjoys a laugh and I have often laughed at myself. In 1948 I was in Sweden to perform my Third Concerto for Piano, together with their Ferien Orchestra, the conductor was a friend of mine. I knew that the Swedes insisted on the musicians dressing well and having good manners even at rehearsal. I was dressed accordingly, but during the first part it got very warm. So, in one of the pauses I took off my jacket, then my tie. I noticed the Swedes were looking at me in a funny way, but in the heat of playing I took off my sweater. And then the orchestra’s leader, a viola player got up and said: “Herr Vladigerov, please stop taking your clothes off! We don’t know how far you’ll go!” But I paid him back in kind and said: “You know I am from the Balkans. I am Bulgarian and our blood is so much hotter than yours!” There followed a tutti that was not in the score – the entire orchestra and the conductor all roared with laughter.”

This is actually one of the few stories that can be recounted on the air. Pancho Vladigerov’s spicy sense of humour has given rise to innumerable anecdotes. Some time ago they were published in a collection. Vladigerov’s birth anniversary is also marked in Sofia – with a concert dedicated to his birthday as well as a traveling Bulgarian exposition called “About Vladigerov - personally”. Several commemorative concerts are to be organized at the Pancho Vladigerov museum-house in his home town of Shoumen; one of them is with the participation of the twins Ibrahim and Hassan Ignatov – laureates of the Pancho Vladigerov contest. A matinee for the youngest is also planned. The composer’s home in Sofia, which is also a museum, will host a concert by the Dessislava Shtereva – Evgenya Simeonova piano duo, while lecturers and students from the Pancho Vladigerov Music Academy have dedicated several programmes to their patron.

The audio features the following pieces:

-  Fragment of Piano and Orchestra Concerto No. 1 – an early work by Pancho Vladigerov, awarded the Mendelssohn prize and later – part of the graduation concert of Herbert Von Karajan;

-  Rondo from Five Pieces for Piano Opus 51 by Pancho Vladigerov, performed by the composer. 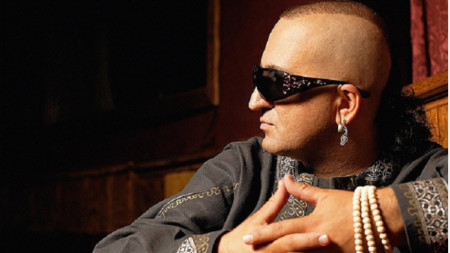 "This album is for anyone who knows, has felt, or will feel loneliness. It is for the inner or outer immigrant. For anyone who has the senses to hear the sound of memories" - this is how Dobrin Vekilov-Doni described his latest.. 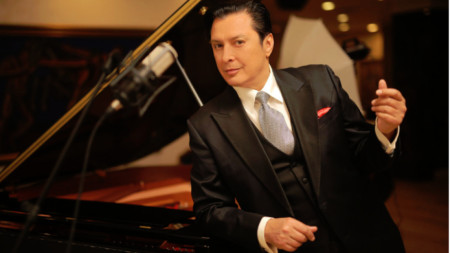 Vassil Petrov with concert in Ruse on 30 April

“Faith, as people in antiquity have said, is the strongest of weapons,” says famous jazz singer Vassil Petrov in an interview for Radio Bulgaria. “Faith is what should lend meaning to human life, and with it comes hope, and finally, as an emanation of..

The Red Egg – symbol of the Resurrection

Traditionally, Easter eggs are dyed on Holy Thursday. The first one, as we know, should always be red - in the opinion of theologians, this color is a symbol of Christ's suffering on the cross and His Resurrection. Why is the first..