Boyan Petrov: The most successful summer of Bulgarian mountaineering

The highest point in the world is of course Mount Everest. But its commercialization over the years is making it less and less attractive for trained climbers. K2, the second highest peak on the globe which lies in Pakistan near the northern border with China, is more challenging for the master mountaineers. The harsh rocky pyramid glorified for its capricious climate turns into the place of death of 29 of every 100 climbers who dare to go there.

On July 31, 2014 for the first time a Bulgarian set foot on K2. So, after in May he reached the highest points of Kanchenjunga - 8586 m (the first ascent of a Bulgarian), and on July 23- on Broad Peak - 8047 m (the first documented ascent of a Bulgarian) without oxygen and without the help of Sherpas, Boyan Petrov, who is diabetic, became the first Bulgarian to climb 3 eight-thousanders within 100 days. His dual ascent, of Broad Peak and K2 within 8 days, is a world record. For these impressive successes the Bulgarian climber was greeted with a video message by mountaineering legend Reinhold Messner and Italian sports journalist of Gazzetta dello Sport, Sandro Fillipini. Did Boyan Petrov have doubts that he will achieve this by taking ascent of K2 immediately after Broad Peak without being given time to recover?

"I had some doubts that I might not have the power to climb all peaks. But when I saw a man in front of me, I mobilized myself three times stronger. On this expedition there was no one to overtake me because they climb faster. I rose from bed two to three hours after the others and was then overtaking them one by one. This was due to the good shape I was in after Kanchenjunga, the acclimatization I had gotten there. On Kanchendzyonga I had hallucinations and problems with concentration over 8.500 meters. And at K2 I had the feeling that I was actually climbing a peak of 7 thousand meters. The sense I had on Kanchendzyonga that I'm in space was almost overcome," said Boyan.

Success came to the Bulgarian climber after a failed ascent of K2 in 2005, but it helped him because this time unknown to him were only the last 400 meters. Here is how the climber describes the route to the top:

"I knew best the route in the rib Abruzzi. It is classical, but not easy. Many of the camps have avalanche danger. I was supposed to climb K2 with a group of Poles, but actually I moved 2-3 hours ahead. I was alone on the route - I and a 16-kg backpack. The whole time I was carrying a tent, food, bag, clothes - from base camp to the summit. "

The history of climbing K2 shows that reaching the top does not mean a successful mission since death often lurks on the way back.

"Coming out on the top comb I was pushed back by wind with a speed of 60-70 km per hour and snow particles, says Boyan. I was on the top but I could not enjoy it. After 30-40 minutes I took down. I was going down using a GPS clock. I fell into a state of "White Out" where looking down the slope, you cannot tell where the clouds end, where the land begins and what the slope is. You are making steps that are actually jumps. Several times I rolled until I got an idea of the terrain under me."

On the way back after a night in camp 3 the climber wakes up in a tent buried in snow. He was hardly able to pull out of the icy grip.

"The descent is key to the success of the whole project, highlights Boyan.  If your attention gets distracted, death is one step away. The storms that were raging during the descent made ​​me feel closer to some unpleasant moments than during the climb. On the way down you feel mentally relieved because you have reached the tip. But that would mean the disappearance of focus. From other similar descents I know that the focus must be kept until the end. And I kept it to base camp. "

During his expeditions Boyan Petrov, who is a biologist and part of the team of the National Museum of Natural History in Sofia, is making discoveries, collects valuable information about the flora and fauna. Now he intends to write a scientific paper on "The upper limit of life in Pakistan." And somewhere along the Baltoro glacier in the Karakoram walks the spider named after him, Aulonia petrovi, the largest black spider in the area and the only one encountered in the higher altitude camps, says the climber.

Slovenian Ante Šimundža is the new football manager of Ludogorets, Razgrad the club announced. The 50-year-old specialist, born in Maribor, made great impression with his work in the clubs Maribor and Mura and that is why he.. 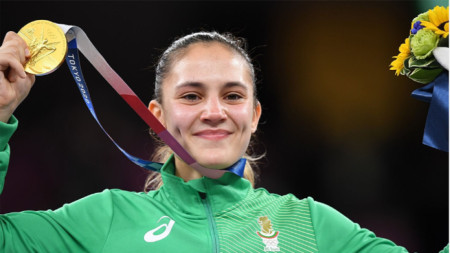 Ivet Goranova grabs Sportsperson of the Year Award for 2021

The Bulgarian Sportsperson of the Year Award for 2021 goes to the gold medalist from the Tokyo Olympic Games, Ivet Goranova (karate). This is shown by the results of the 64th edition of the survey, organized by Nove Holding, in.. 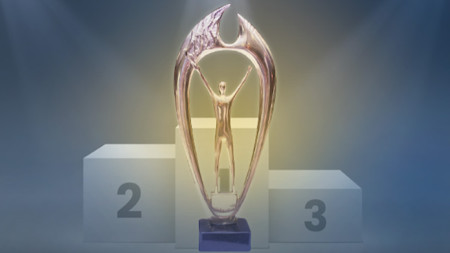 The voting for the 64 th Sportsperson of the Year awards has ended. The selection is by all active sports journalists in the country who were able to cast their votes for top sportsperson, sportsperson with disabilities, team and coach of Bulgaria... Denislava Glushkova has qualified for the round of sixteen of the Australian Open Juniors.  Bulgaria’s tennis player defeated Amelie Smejkalova..

Bulgarian biathlete Blagoy Todev who won the European Youth Biathlon Title is selling his gold medal at a charity auction. The medal has been in Blagoy..