Tourists may get back into a past époque in the suburbs of the Danube town of Svishtov famous for its beautiful architecture. The lands around this contemporary harbor were inhabited as early as the dawn of mankind. However, around 45 AD a Roman legionnaire camp was settled on the remains of an ancient Thracian village. War veterans lived there with their families, along with traders, craftsmen, etc. What’s left from those old fortress walls, buildings, Roman baths and even an early Christian temple attracts thousands of tourists nowadays. Supposedly, the town of Novae served as one of the main centers of early Christianity in the 4 – 5 c. AD. At that time the town was the capital of Theoderic (later dubbed The Great), king of the Germanic Ostrogoths and a patricius of the Eastern Roman Empire, and the first masses in Gothic language were served there by archbishop Ulfilas himself. The ancient town has been recently restored under the “Novae – the Heart of the Legion” project with funding under the Regional Development OP. Deputy Mayor of Svishtov, Plamen Alexandrov, gives us more details on the unique archaeological site in an interview for Radio Bulgaria:

“It is situated in that part of the antique town where the archaeological work is now over. Actually those were the headquarters of Legio I Italica, the so-called Principia. The archbishop complex could be found next to it, though dated to the 4 – 5 c. AD. It includes a small and a big basilica, as well as an interesting baptistery. It is presumed to be the first font where the Gothic tribes from the area were baptized. So, we can say that this baptistery is the first to push Christianity towards Europe… What we do in Novae is not simply restoration and conservation. The idea is that tourists could be able to watch not only remains and artifacts, but also re-enactment of real events that took place here. So, we would like them not only to watch, but also to participate.”

Each spring Novae turns into an arena of gladiator fights legionnaire marches, competitions, battles with barbarians and other interesting historical recreations. It all happens within the framework of the now very popular festival of antique heritage named “Eagle on the Danube”. Groups from across Bulgaria come to participate, along with ones from Italy, Romania and Poland. “Local amateur groups have the ambition to provide that kind of animation to guests visiting the spot, almost through the entire year,” Mr. Alexandrov says. “That is why we cooperate with different tour operators. Foreign guests come each year during the festival, amounting to up to 6,000. Some of these people come for the outdoor opera show exclusively, which takes place on the second festive day and is always somehow related to Antiquity.” 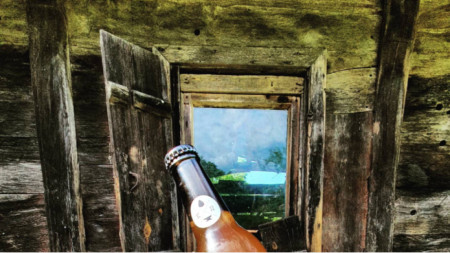 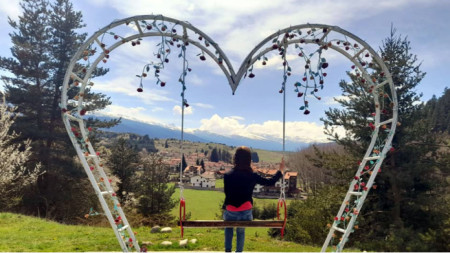