On January 13 we mark the centenary of Bulgarian cinema. This is the date when the first public screening of the comedy Bulgaran is gallant took place exactly one hundred years ago. Script-writer, director and leading man in the movie is Vassil Gendov.

Vassil Gendov graduated the drama school in Vienna, then specialized film-making in Berlin before embarking on the adventure called “cinema”. Gendov is also the author of the first Bulgaria talkie – the Slave Rebellion. Unfortunately, both films are lost to us, most probably during the bombing of Sofia in the years of World War II when his house was hit. After a pro-Soviet government was installed in Bulgaria in the 1940s he was no longer able to make films. But he undertook to do something very important – creating state film archives that were to develop into what is now the National Film Archive. With tremendous commitment he dedicated himself to collecting the films made by his colleagues as well as film posters and media publications about different movies.

The pioneer of documentaries is Alexander Zhekov with his film The Balkan War. To researchers he remains a mystery, there is little information about him and the trail vanishes; we don’t have a single photograph of him. But the film he has left us is a valuable account of the war, shot mostly behind enemy lines because in those days war correspondents were not given access to the battlefield. For dozens of years the film was thought to have been lost. But in 1960 an elegant elderly Greek came into the office of Georgi Stoyanov-Bigor, then Director of the Film Archive and left a suitcase saying: I have a film here you may want to keep for the coming generations. The film was The Balkan War.

This is a story Radio Bulgaria learnt from film critic Antonia Kovacheva, Director of the Bulgarian National Film Archive – one of the oldest film libraries on the Balkan peninsula comprising 15,000 titles, 9,700 of them Bulgarian. The films are kept in 300,000 boxes. Some of the metal rolls of films go back to the 1920s and 30s.

“The archives also include all Bulgarian movies produced after the nationalization of the film industry and the setting up of the Bulgarian Cinematography state company,” Antonia Kovacheva says. “The film library includes over 10,000 books dedicated to cinema, in fact it is the biggest film library in Bulgaria. We also have a lot of other material related to movies, documents and what are known as passports of old Bulgarian films with unique photographs. Our collection is most diverse and we have been making a great deal of effort to have it digitalized within a reasonable period of time. We very much hope to receive, at long last, financing for building a film library repository as we don’t have one. We have the building though it is not up to international standards and needs reconstruction and enlargement. The two should go hand in hand as digitalizing our film heritage means giving present and future generations quick and easy access. At the same time the originals must be preserved: the film negatives and positives as they are the most durable medium for the films’ preservation over a long period of time. All self-respecting archives in the world have been making enormous efforts to preserve the originals, at the same time providing broad access by digitalizing them.”

The story of Bulgarian films can be retraced at the Odeon revival house in Sofia where movies from the first decade are already being screened - feature films as well as documentaries and cartoons. Visitors will be able to see a great many films there, including award-winning works. The Odeon is also launching a series of exhibitions illustrating the road traveled by Bulgarian cinema over one century. 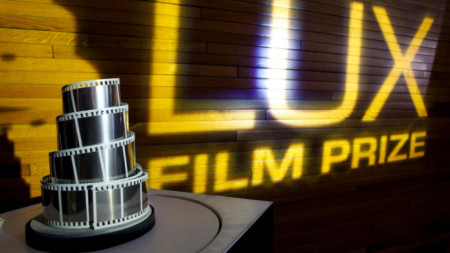 Did you know that the European Parliament is the only institution of its kind that together with the European Film Academy presents a film award? Established in 2007 as a symbol of the EP's commitment to culture on the old continent, the LUX.. 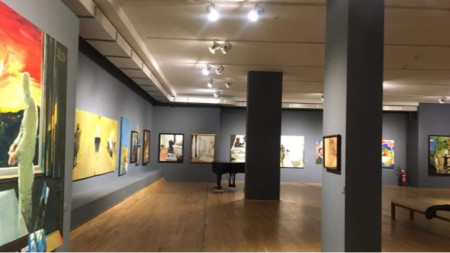 A special exhibition at the Sofia City Art Gallery that continues until June 13 will present works by artist Andrei Daniel. The opening is today at 17.00. The exhibition is special because it was planned in 2019 and the.. The Day of Hungarian Poetry has been celebrated in Hungary since 1964 on the birthday of prominent poet Attila József (1905-1937). Every year on April 11literary readings and book presentations take place in Hungary. This year Bulgaria joins..