Opinions lean towards Schengen accession for Bulgaria and Romania Foreign Minister Daniel Mitov commented for the Bulgarian National Radio that the Schengen enlargement talks continued and that opinions leaned towards giving Bulgaria and Romania a horizon for accession to the Schengen area. An important argument in favour of their accession is that as outer borders of the EU and in order to attain 100 percent efficiency in intercepting the transiting of what are known as foreign militants between Europe and the conflict regions in the Middle East, the two countries must have full access to the Schengen information system. Secondly, all previous progress reports on how the criteria for Schengen membership have been met, have been positive, at the same time there has been no real progress with regard to our membership as such, Minister Mitov said. 60/40 measure will probably be extended: Minister of Labour and Social Policy

“The 60/40 measure will probably be extended by another 3 months, with the option of continuing it until the end of the year,” Minister of Labour and Social Policy Denitsa Sacheva said for the Bulgarian National Radio. The measure will be.. 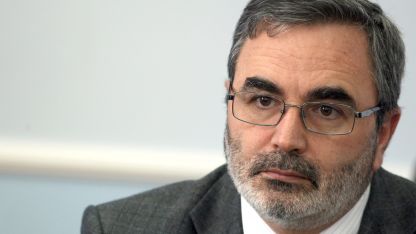 The epidemic is retreating but is not over: Dr. Angel Kunchev

“It is too early to talk about taking stock, but the fact that people are apt to think it is all over is alarming,”  Dr. Angel Kunchev, Chief Health Inspector commented for the Bulgarian National Radio.   In his words “if we let things slide.. On 7 June 30 years ago, one million people gathered at an election rally on Eagles' Bridge in Sofia. They filled the space around the bridge and much of what was then Lenin Boulevard, now Tsarogradsko Shose, the streets nearby, Borisova Gradina..

Germany has extended thanks to Bulgaria for repatriating 30 German citizens from Nigeria onboard a Bulgarian evacuation flight. Bulgaria not only offered..