Alongside other tree species like oak, sycamore and pine, the walnut is one of the symbols of the World Tree. In traditional belief, in winter the Sun is in its roots, so it is cold. The walnut tree is also seen as the passage from this to the next world. On Pentecost or the Holy Spirit, women would gather walnut leaves to place on graves. They believed that the souls wandered around the world of the living until the 40th day after Easter and on Pentecost returned to the world of the dead. The green leaves of the walnut tree were believed to give the dead peace in the netherworld. Walnut twigs would be taken to church for the congregation to kneel on during service in the belief this would help them see and hear their deceased loved ones.

The walnut tree is one of the spring symbols of nature reborn. Expressions like “green walnut tree growing” and “walnut tree swaying” are words heard often in folk songs. They tell us that under the walnut tree rebels would gather before “taking to the forest”. Or goldsmiths and silversmiths to prepare wedding gifts. Even though the dense shadow cast by the walnut tree is mentioned often in folk songs, it is believed that people must not sleep or even take a rest in its shade. Especially at night when “evil airs” and wood-nymphs gather, and if you do remain in the tree’s shadow you will be assailed by disease. This belief may be connected with the fact that few plants thrive under the leaves of the walnut tree. The reason – walnut tree leaves produce a substance that is toxic to other plant species and that finds its way into the soil with the rain.

There is a belief that has survived to this day that the walnut tree will tell you how long you will live – if you plant a walnut tree you will die when its trunk has grown as thick as your neck. To avoid this, men would place their waist-bands on the ground so as to form a circle and dig a hole in the middle for the sapling. In some parts of the country a hoop was used instead of a waist-band. In folklore tradition, walnut trees are seen as symbolizing two very different things – danger but also health. On Christmas Eve, the food is not to be thurified if there are no walnuts on the table. Later they are used to predict the future – what the coming year will be like. Walnuts are also given to carol singers and survakari when they make the rounds of the village.

The walnut tree leaves are believed to have magical powers – they are capable of separating the cow from the bull, the woman from the man, the lass from the dragon. The foliage keeps dragons and wood-nymphs away, so during the week after Pentecost called Rousalska Nedelya every unmarried lass or young bride would carry walnut leaves and wormwood next to her bosom.

The tree was widely used in every day life as well as in traditional medicine. Its wood is sturdy and beautiful to look at after it is varnished. It was used to make furniture, different musical instruments (or parts of them) as well as iconostases. To this day many women put walnut tree leaves inside clothes instead of mothballs. Walnut tree leaves are also put in the water used to bathe newborn babies – a traditional remedy against bone deformities at an early age. The walnuts themselves are used in traditional medicine as part of different patent medicines – along with honey, garlic etc. Walnuts are also used to make delicious jam which is very popular across the country. 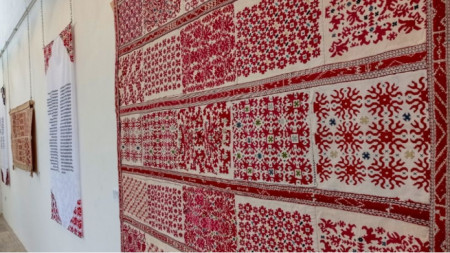 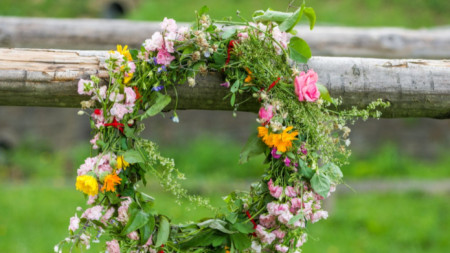