Bulgarians split in two on May 9 celebration

May 9 has once again ruffled some political feathers in Bulgaria by reminding that even after 25 years of transition the society still remains split in two, regarding certain issues. The parliament condemned any form of xenophobia, extremism, neo-fascism and violence in a declaration due to the 70th anniversary since the capitulation of Nazi Germany and on the occasion of Europe Day – May 9, calling on for refraining from any actions, leading to new red lines in Europe. The demands of the socialists for recognition of the resistance against fascism in this country and the leading role of the USSR in the defeat of Nazi Germany were not adopted within the debates. The rightist forces supported the declaration, taking it as a step towards a common reading of the heaviest moments in the history, the lack of which has been a burden to the society for a long time. There isn’t an international agreement on the problematic date May 9 as well and the governing majority has this time taken an unprecedented and firm stance, as far as the contradictions around it are concerned. President Plevneliev declined the invitation to take part in the May 9 celebrations in Moscow, opting for the conference for the 70th anniversary since the end of WWII, organized in Poland. Asked for a comment on whether that participation isn’t something as a counter-event to the Moscow-held one, the head of state underlined that Europe Day didn’t contradict the commemoration of the memory and lessons from WWII. That is exactly why, he pointed out, the European flag will be raised high in Bulgaria on May 9, but also 23 urns will be laid from all the bloody battles with Bulgarian participation during WWII. The painful reactions to the declaration by certain political forces however come to show that no matter the time passed, the issue remains a problematic one, dividing the society. But how long for? Parliamentary elections in Bulgaria: Is a coalition government unavoidable?

The upcoming parliamentary elections in Bulgaria are the most important elections for the country since the start of the transition to democracy in 1989, analysts say. The countdown to election day has begun. How many people will go to the polls –.. 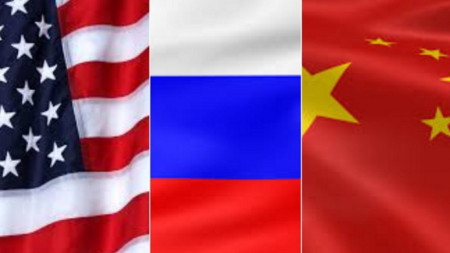 Russia, China and the United States will be superpowers in the near future, say Bulgarians in poll

When asked who will be the world's superpowers in 2030, 58% of Bulgarians put Russia first, 50% - China, and 46% - the United States. This is indicated by the results of a survey conducted by the Gallup International Association on perceptions of global.. There will be almost twice as many political parties competing for the votes of Bulgarians during the parliamentary elections on April 4. This has become clear after the end of the registration campaign in the Central Election Commission. The.. Russia, China and the United States will be superpowers in the near future, say Bulgarians in poll

Parliamentary elections in Bulgaria: Is a coalition government unavoidable?

The upcoming parliamentary elections in Bulgaria are the most important elections for the country since the start of the transition to democracy in..