TTIP – as much economics as politics 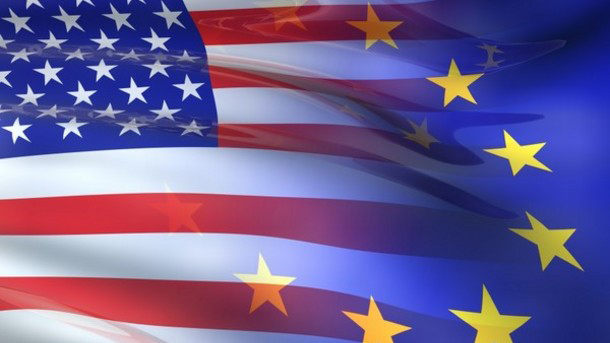 Cautious optimism. That is, in a nutshell, how the position of the European Council on Foreign Relations on the talks on the Transatlantic Trade and Investment Partnership agreement (TTIP) between the EU and USA can be described. This position was presented to politicians and the media in Bulgaria at a discussion of the report “A fresh start for TTIP” by one of its authors Josef Janning, member of the European Council on Foreign Relations.

The aim of the TTIP, if it goes through, is to lift the barriers impeding trade and foreign investments between the countries of the EU and USA. The benefits for the Bulgarian economy lie mainly in opening up export opportunities, attracting foreign investments and creating jobs. This country has a balance of trade surplus with USA, indicate data of the National Statistical Institute. A survey by the Institute for Market Economy shows that Bulgaria exports commodities to USA worth some USD 500 million a year. This country also exports USD 200 million worth of services to American companies, the so-called call centres. Bulgarian companies take part in the “production chain” of other European companies, mostly in the automobile industry which then export their products to USA - the  sum here is again some USD 200 million a year. Expectations are that if the TTIP is concluded, the effect will be strongest in this segment.

“The TTIP is the most comprehensive free trade agreement to date,” comments Minister of the Economy Bozhidar Lukarski. “We are expecting that when it is concluded there will be specific results for Bulgaria: abolition of customs duties, facilitating and improving access to the US market, removing the non-tariff obstacles hampering trade, approximating the two regulatory regimes and facilitating the work of businesses.”

The model of Bulgaria’s joining the EU Customs Union was not very different. Today most Bulgarians feel its beneficial effect, though some socialists have remained skeptical.

The politics behind TTIP

The opposition, the left-wing pro-Russian parties and some civil associations see the TTIP as a threat. Compared to other EU countries like Germany and France there do not seem to be so many voices raised against it, here in Bulgaria. Criticism is mostly that the agreement will open the door to the sale of GMO food in Europe, the extraction of shale gas and that it will mean the lapse of labour legislation. However, such populist statements conceal political fears. The signing of the agreement will mean a much bigger market the political effect of which is as important as is the economic effect.

In power generation and defence, Europe’s dependence on Russia will probably decline considerably. The TTIP will enhance economic integration within the EU, as well as the role of the EU and USA in world economy and geopolitics. Not least because the “New West” that will emerge as a result of the agreement will set down the trade standards. And this is very likely to undermine the positions of other world powers like Russia, China and India.

The big questions outside the economy

The main problems on the road to free trade are the differences between the legislation of the EU and USA. Many of these spheres have already been dropped from the TTIP. The agreement will not cover the following industries: power generation, food, services in the public sector, labour relations. This means that if an American company wants to grow GMOs in an EU member state that will not be possible. And also that American employers will have to abide by the labour legislation in place in the respective country.

Entrepreneurs in the retail and services sectors in Bulgaria expect that prices will continue rising in the next three months , shows a November survey..