A few days ago the capital city of Sofia was blocked by thousands of protesting hunters, representatives of the Union of Hunters and Fishermen in Bulgaria. Accumulated problems over the past 15 years were the reason for the rally. "It is high time these problems were solved as protection of wildlife in Bulgaria depends on that,” says Vassil Vassilev, Secretary General of the union in an interview for Radio Bulgaria. “The practices we have been witnessing are totally unacceptable in the 21st century, he says. "Traps are placed for wild game and then these animals are taken to private hunting grounds. There, the animals are shot en masse. A video can be found in the web showing how hunters in such private grounds kill 150 boars a day. Such examples of gross violation of all hunting principles and ethics reinforce the negative opinion about hunters in Bulgarian society. "In this country, hunting is usually perceived as an activity that aims to take something away from nature,” Vassil Vassilev says. “This makes it difficult to promote the contribution of Bulgarian hunters to nature conservation. The national hunting organization, founded 117 years ago, was created precisely for this purpose. Hunters back then knew that if no efforts were made for the preservation of Bulgarian nature, it would be destroyed. If we look back in time we would see that hunters were those who initiated hunting legislation. They were the ones who introduced control over hunting and were the first to take measures for recovering game and fish populations.”

Many people do not realize that the right of hunting is linked to the obligation of protecting game population.

"True hunters care about the game and its protection,” Vassil Vassilev says. “They work for preservation of habitats and use their own money to place feeders. They rescue animals in distress and are the first that fight forest fires. This is something that environmental organizations unfortunately do not see. Lack of adequate support from the NGO sector and the indifference of the state allow businesses to take control and this is detrimental to the game itself. There are attempts to destroy the national hunting organization, which is the only alternative to corporate interests. The goal is adopting laws that are harmful to Bulgarian nature instead of creating specific rules and principles that are respected by all. Currently all Bulgarian hunters have full freedom of association and we cannot talk about monopolies. Environmental organizations protect the position of the Ministry and their statements do not mention preservation of game habitats, which is associated with biodiversity in the country. There is not a single word against aggressive agricultural policy or intensive felling in forest areas. Nobody controls the concentration of chemicals used in agriculture. Why are environmentalists attacking us instead of joining forces and working together?" The unity of the national hunting association has long been bothering politicians. Years ago, they made law changes aimed at creating an alternative hunting union, which today includes just 5 000 people. At the same time the Union of Hunters and Fishermen in Bulgaria includes 125,000 people. There are 10 000 hunters that are not members of any union. The big question is how to combat poaching in the absence of strict rules that are valid to everyone. 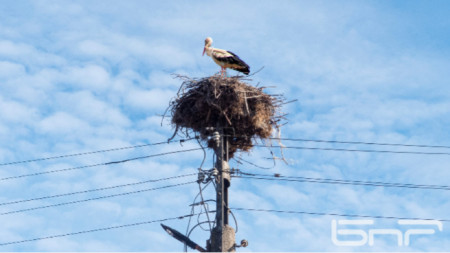 The warm weather tricks storks into wintering in Bulgaria

Severak storks, considered harbingers of spring, have already arrived in the village of Petelovo near Kardzhali. Already at the end of last year, the birds were spotted by local residents, and their appearance became known after photos on social.. Before I could speak, I started singing at the age of two, says Boyana Atanasova , a student from the 4th Language High School in Varna, who won several first prizes at the world competition "Kids Star International" held in Pattaya, Thailand . She has.. January 21 - on this day in Bulgaria we honour all those specialists who help ‎new life come to this world. Each of us owes a debt of gratitude to the ‎midwives, obstetricians and gynecologists, neonatologists and all the specialists ‎who work in the..