Petanque is an ancient but growing sport, which is accessible to both children and old people. In order to practice the sport one needs 12 metal balls, a smaller wooden ball called cochonnet (literally "piglet"), flat but not very hard surface where you can play, and a group of friends. Drinking beer is not a problem but even increases the mood of the players.

Otherwise, petanque has a very old history and traditions. In its present form petanque emerged in France in the early twentieth century, but the history of the game is related to games played earlier in Provence during the 8-9th century. Today the game is a national sport for France and is very popular in Belgium, the Netherlands and other European countries, as well as in former French colonies in Asia and Africa. Nowadays, this affordable and entertaining sport is practiced by millions of people worldwide. The Petanque World Championships was held for the first time in 1959. Some fifteen years ago in Bulgaria petanque was associated only with the comedy movies starring Louis de Funès. But in the year 2000 a group of enthusiasts led by Stefan Stamov established the Bulgarian Petanque Federation. Five years later, the team of Bulgaria had its debut in the World Championships in Brussels. In 2009 the European Petanque Association organized in the city of Nice the first European Championship. That was where the head of the Bulgarian delegation Emil Makarov voiced for the first time the idea of Bulgaria organizing the prestigious international forum. The idea was welcomed by the heads of the European Federation. Six years later in the period September 24 to 27 in the beautiful Bulgarian seaside resort of Albena the fourth European Petanque Championship took place. Players from 34 European countries participated in the event. The championship in Albena was dramatic and offered many surprises. Competitions were held in two disciplines - precision shooting and triples. Champion of Europe in precision shooting became talented Italian Diego Rizzi. At the final he won after two extra shoots against the representative of Belgium Logan Baton after winning against French petanque master Dylan Rocher in the semi-finals. Thus the bronze medals remained for Roche and Slovak Juraj Valent. In this discipline Bulgarian Adel Abdelmalek achieved the greatest success for this country in official international championships, placing sixth in the final standings. Born in Algeria Malek is known as the best Bulgarian petanque player and showed great performance facing Rocher in the quarterfinals. A round earlier he set a national record for Bulgaria, scoring 37 points.

In the triples competition champions of Europe for the fourth time became the team of France that included world champion Dylan Rocher, 8-time world champion Henri Lacroix, Michelle Loy and Damien Hureau. In the final the French team won 13: 8 against the strong team of Switzerland. Bronze medalists became the teams of Spain and Monaco. In this discipline the Bulgarian team also achieved its biggest success so far. Malek, together with Atanas Makarov and brothers Orlin and Ivo Rusev - champions of Bulgaria for the last two years, placed 9th in the final standings, which give the right to Bulgaria to take part in the  World Championship in Malaysia  next year. The Bulgarians won 4 out of 8 games played. In the qualifications the Bulgarian team defeated the strong team of Poland, that won the silver medal in the tournament for the Cup of Nations, as well as the teams of Belarus and Slovakia, led by bronze medalist in precision shooting Juraj Valent. The Bulgarians lost only against silver and bronze medalists - Switzerland and Spain. The Bulgarian team were about to create a big surprise, having the lead in the game against Spain. In the tournament the Bulgarians won another very prestigious victory against the team of Sweden and lost to champions France and silver medalist Switzerland.

During the official dinner after the championship all the guests gave high assessment to the organization of the tournament and the conditions in Bulgaria. Special thanks were given to chairman of the Bulgarian Federation Kalin Panayotov and to the volunteers who put great efforts into organizing the tournament. Foreign participants were unanimous that the conditions provided by the resort of "Albena" have surpassed their expectations and would gladly visit Bulgaria again. So petanque, which according to one of the legends stems from the military and was associated with the use of cannonballs, once again became the reason for new friendships between Europeans.

Gabriela Petrova received the prize for best athlete of Bulgaria for 2020. The award was presented to her personally by the Minister of Youth and Sports Krasen Kralev. In the difficult 2020 year marked by the coronavirus pandemic,.. 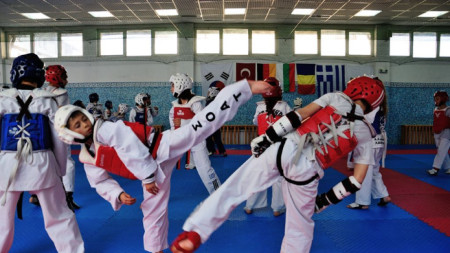 For the first time in its history, the largest taekwondo festival in the world could be held outside South Korea and the place in 2021 could be Bulgaria. This possibility has been discussed at an extraordinary meeting with the.. 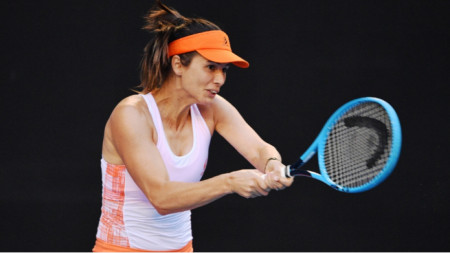 Bulgarian tennis player Tsvetana Pironkova was eliminated in the round of 16 of the WTA500 tennis tournament Yarra Valley in Melbourne . She lost to No. 5 seed Serena Williams of the United States with 1-6, 4-6 after 74 minutes of play and recorded her..

Snowshoe trekking is being organized in the resort of Pamprovo in the Rhodope Mountain on 28 February, the Pamporovo tourist centre has announced...