Magical children’s games from the time of their grandparents – what do the children of today think of them?

“Once upon a time, a long, long time ago, in a small town and the villages around, there lived children. And these children didn’t have computers or that many maths or English classes but they did have magical games. Games that made them laugh, games that transformed them into seekers, games that brought them together all day, happy and free.”

This is more than mere nostalgia for a lost childhood, these words actually present what the project “Games of the 20th century” is all about. The set of 15 cards describes children’s games and nursery rhymes from last century – like thread-needle, cops and robbers or playing marbles. Each one is illustrated by the children from the Zahari Zograph art school for children in the town of Samokov.

Author of the “Games of the 20th century” is Miglena Gerassimova. Miglena has graduated the English language school in her home town of Samokov and then “Urbanism” at university. But the electronic games that keep children glued to computers and tablets provoked the young urbanist to look to the one-time outdoor games that once brought children together, their laughter ringing out in “My interest in the intangible cultural heritage precedes my studies at the University of Architecture, Civil Engineering and Geodesy by quite a bit. But my major also triggered my interest in the people who shape urban space and the people that went before them. I was genuinely intrigued by older people’s stories of the games they used to play, games that I recognize from my own childhood. The project was funded by the Workshop for Civic Initiatives Foundation’s Living Heritage Fund and we carried it through with the Zahari Zograph art school for children in Samokov which I myself was a member of as a child. We were able to work with different age groups. Together with the teenagers we did the interviews, we went to the villages in the environs of Samokov and in the town itself. We talked to the oldest people we were able to find and asked them what games they played in their own childhood. Then they passed the information gathered to the youngest of the children and we all played them, following the information we had been given. The project’s biggest success was continuity. The youngsters acquired important skills – how to gather information on a set topic, how to talk to people coming from a very different background to their own, how to work with kids.” Here is Miglena Gerassimova again to tell us what the youngest children thought of the old-time games they had learnt thanks to the project:

“There were some games the children did not understand at all - like knuckle-bones, a game typical of village life. But there were others they understood very well and found really interesting. I think some of them could well be introduced in kindergartens and at primary schools. But the teachers have to know what children are interested in, they must be aware of the historical and cultural differences. And, what matters most – they must realize there is a difference in the times they were practiced in and find an understandable way to explain them to children. I am sure that many of these games are not a thing of the past, that they can be lots of fun for children in our day and in future. Let me explain that this study is part of a bigger project – Portrait of the town of Samokov and Samokov district – that will demonstrate what people’s lives used to be like – very different from life today. I would like to end by conveying my heartfelt wishes for a wonderful Christmas, a Christmas of love, affection and understanding”

The music featured in the audio is performed by children; the choir of the Philip Koutev folk song and dance ensemble performs songs from popular children’s games.

Walking in the streets of Kyustendil in June is like taking a walk in a cherry orchard, surrounded by trees heavy with fruit. This is the town in Bulgaria, located in the foothills of Mount Osogovo and on the bank of Banshitsa River,.. 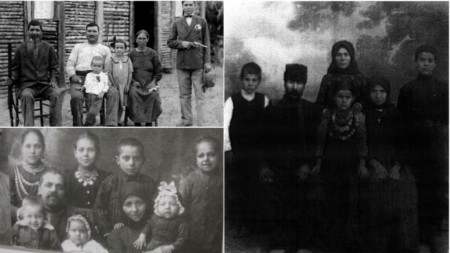 Bessarabian Bulgarians in Brazil have not forgotten their roots

In 1925 and 1926, about 10,000 Bessarabian Bulgarians, lured by promises of a well-organized life, arrived in Brazil. However, their hopes were dashed. They were forced to work in the plantations for 2 years to cover the funds that Brazilian landowners..

A hot protest summer in the offing in Bulgaria

Summer is here, and with it came a wave of protests in this country. Emotions in society have been heated up by two parallel crises – a political crisis that is connected with the vote of no confidence in the cabinet of Kiril Petkov, and an..

French démarche towards North Macedonia for the negotiations with the EU At the NATO summit in Madrid, French President Emmanuel..