Villa Armira – the marble palace of the river valley 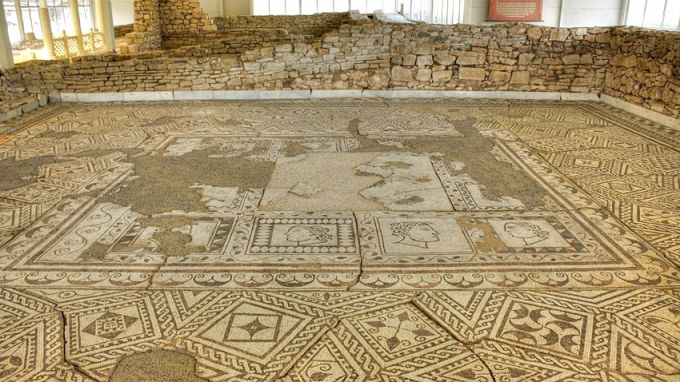 The ancient Villa Armira, built in the second half of the 1st century AD, is the most opulent Roman palace in what are today the Bulgarian lands. It once belonged to an eminent Thracian noble and was the manor house of his land tenure. It is the most luscious and richly decorated example of provincial Roman architecture and art to have come down to us. The walls of all ground-floor chambers are lined with lustrous white marble; that is the reason why the villa is often referred to as the “marble palace” of the valley of Armira River. Experts say that the villa was built 20-25 years after Thrace was conquered and turned into a Roman province. According to archaeologists, Armira belonged to a noble who ruled the lower reaches of Arda River. The marble palace estate stretched over an area of some 1,000 square meters. After it was built, the villa underwent redesigning and improvements many times depending on the taste of the string of owners through the years. After 300 years of efflorescence, in the second half of the 4th century Villa Armira was burnt down and pillaged; at the close of the century its ruins were razed to the ground by a devastating earthquake. The villa was discovered by accident in 1964 during excavation work for the construction of a dam. Visitors in our day marvel at the opulent marble and mosaic decorations in every one of the palace rooms. The mosaic – the work of skilled ancient master-craftsmen, covering an area of 400 square meters - is made of tiny pebbles - black, white or coloured. The figures they depict make the mosaic invaluable, illustrating what people looked like and what their lives were like in these parts two thousand years ago. This mosaic carpeting depicts figures from Greek mythology like Apollo, Artemis, Pan, a satire. Armira is an open-air museum and everything in it has been conserved in all of its original glory, says Velichka Chorbadjieva, curator of the Municipal Museum of History in Ivaylovgrad: Villa Armira is a stately two-storey Roman palace with 22 rooms on the ground floor – a banquet hall, a bedroom, a lounge where the master of the house received visitors, a luxury bathroom, complete with sauna. The rooms are spread out around a big pool in the centre of the building; the pool itself is lined with a marble balustrade decorated with hermae in honour of Hermes, protector of the home and of tradesmen. The owner of the villa himself probably traded in marble from the deposits nearby. The floors of the palace were covered by a carpet of superb mosaics. This is, in fact, one of the biggest mosaic finds in Bulgaria.

The ancient white villa is an illustration of the vogue in Roman mosaics from the 1st to the 4th century. They are among the oldest mosaics known in our lands and are distinctive with their floral and geometric motifs, most often ivy, pomegranates, lotus and lilium blossoms, says Velichka Chorbadjieva. Depictions of the Gorgon Medusa are to be seen at every turn, in fact she is the symbol of Villa Armira. Her pictures were meant to protect the home and its owners from evil eyes. There is a very distinct portrait of Medusa on the mosaic in the guest room. And tourists entering the room say the Medusa’s eyes seem to be following them - according to mythology anyone entering with wicked thoughts about the master of the house would be turned to stone. Another image repeated frequently is the swastika – there are six different mosaic versions. The swastika inside Villa Armira symbolizes the circle of life, a symbol familiar to us from Middle Eastern art 2 – 3 millennia Before Christ. The swastika protects the home and is a symbol of fertility.

The villa has been open to tourists for two years after reconstruction funded under different European programmes. It is part of the “100 National Tourist Sites” movement. In that time it has been attracting more and more visitors – by the end of 2015 some 150,000 tourists had come to see the marble palace in the valley of Armira River. 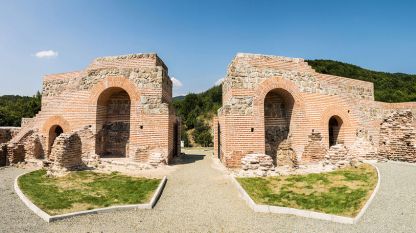 “On 17 August 986 the warriors of Samuel smashed up on this spot the Byzantine invaders of Emperor Basil II. Glory forever!” These are the words engraved on a stone plate, placed at the Trayanovi Vrata (Gate of Trajan) fortress, situated some 60 km to.. 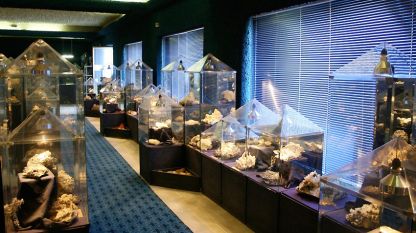 Nature is an unsurpassed architect. For millions of years it has worked to create its unique pieces: the crystals that inspire a feeling of brilliance, refinement and beauty. Shown together in the same place, these properties of colored minerals..

The Dimitar Peshev House & Museum in the town of Kyustendil is a monument of culture, restored nowadays, in order to be a focal point for the memory of those Bulgarians, who managed to pluck from Hitler’s grip some 50,000 Jews who were to..