Musician of the Year 2015 – awaiting for the awards! 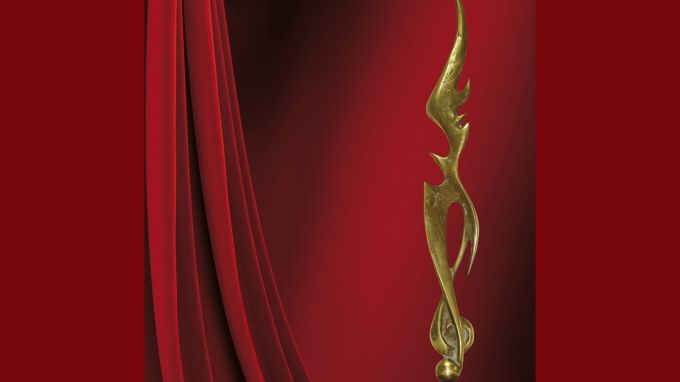 The Musician of the Year Award
Photo: Hristo Iliev

The statuettes of the Musician of the Year Award will be handed for a 25th year in a row on 23 April 2016, at 7 pm in Hall 6 of the National Palace of Culture with a gala concert of the awarded. The prize is unique and it is determined by the fans of the Allegro Vivace classical music show of the Horizont Program of the BNR. The event has taken place since 1991. Conductors Prof. Vasil Arnaudov, Emil Tabakov, opera prima singers Gena Dimitrova, Raina Kabaivanska, Anna-Tomova Sintova, violinists Prof. Mincho Minchev, Vasko Vasilev, Svetlin Rusev and pianists Prof. Victor Chuchkov and Lyudmil Angelov – those have all been among the awarded through the years, along with shepherd flute player Theodosyi Spasov and many others. Sculptor Hristo Iliev is once again the one who’s created the statuette. The rest of the awarded will receive unique plaques. The winner and the rest of the distinguished persons will become known at the concert itself.

Allegro Vivace’s host Irena Gadeleva has been one of the Musician of the Year’s activists almost since the very beginning of the initiative. She gives us more details on this year’s choice of the fans:

“Perhaps the most important thing this year is the 25th edition of this national contest which began back in 1991 with the name of Prof. Vasil Arnaudov. Many names have become favorites over these years. We are often convinced that maybe not the most deserving and prestigious musicians receive awards, but we, the team of Allegro Vivace find it important to know that the BNR fans have the right of a choice and the chance to voice their admiration and respect to those who create their beloved art. The latter on the other hand express their respect to the audience. No musician has turned that award down so far and they have all been touched by the attitude of their fans. We had some surprises this year. It was first the great number of the voters – some 6,500, followed next by their selection: choir formations, orchestras, ensembles and not concrete persons. Several Bulgarian cities and towns got really active, opposing each other in regions. This is a good thing about the BNR and many votes from abroad show that we are popular online as well…”

Always smiling and happy with her touch to music Irena Gadeleva tells us more about the awards and the categories:

“The awards will be quite many this year. Besides the main statuette, received by the application with the greatest number of votes, we can praise with 8 other categories: Debut, Active Artistic Presence, Young Musician of the Year, Music Project of the Year, Premiere, Jubilee, Overall Contribution and Extraordinary Contribution to Bulgarian Culture. The entrance fee is a smile and good mood of any fan of classical music and the day is St. Lazarus’ Day – a magnificent intro into the Easter holidays…”

2022 brought us a new role of a well-known Bulgarian musician. After a long successful career as the frontman of a number of musical projects in Bulgaria and England, the versatile multi-instrumentalist Grisha Georgiev embarked on a solo adventure... Music from Monk and More , a project by renowned jazz composer and pianist Mario Stantchev, will be performed on 10 January, in one of the Lyon Opera House ’s concert spaces. It will be presented by Mario Stantchev New Bulgarian Trio, featuring.. 2022 was a fruitful year for Boris Iliev. In the last days of 2022, the young Bulgarian musician presented his new song entitled “Da Ne Te Obicham”- his third original project within one year. Petar Rangelov, who participated in a series of..