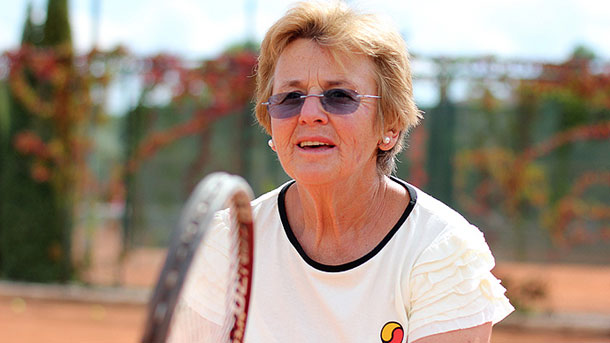 Perfectly mown grass and white tennis shirts on a Sunday - there is hardly more conservative tennis tournament than "Wimbledon." But behind its traditions one sees huge respect towards history and those who proved to be the best in this tournament. That is why these days when the world tennis elite have been competing to win the trophy in London, people continue to speak with gratitude and respect towards the Maleevs family.

Yulia Berberian - Maleeva, who turned her three daughters into champions, has received the Mother Award of the Women's Tennis Association during the most prestigious tournament in the world.

“I received this prize with joy and now I understand what artist Christo has been feeling lately. He created his installation to make people experience the feeling of walking on water or flying. This is the way I feel now,” Yulia Berberian says.

She was 20-years-old when she heard the word “Wimbledon” for the first time. When her eldest daughter Manuela was 12, she was dreaming of seeing her playing at the Miami Orange Bowl.

“We arrived the day before the tournament – It was very hot there while in Sofia it was winter and minus 20 degrees when we took off. The head of CSKA had told me that even God could not help me with the passports but we managed to get them in the very last minute. So, we ended up in Miami and Manuela nearly placed first in competition with 128 children from around the world. The heat and humidity in Miami were unbearable and I will never forget this.” A number of successes followed, unsurpassed to this day in the history of Bulgarian tennis. Manuela reached to the third place in world rankings, Katerina placed 6th and Magdalena reached the 4th place. And all this was achieved thanks to the exceptional efforts of a close-knit family. The tennis federation did not help at all in the development of their talent, but actually collected 10% of the prize money. At the same time receiving passports and visas had always been difficult and uncertain.

“I've been a working mother and my children grew up around me on the courts of CSKA. They gradually started playing and winning and actually became champions in a women’s tournament at the age of 13. We were just working from morning to night, six days a week, sometimes on Sundays, too. I did not set any high goals.”

This is a part of Yulia Berberian’s recipe for success. Her whole life has been devoted to tennis and her newly-opened tennis academy keeps developing tennis talents. Here is what Yulia Berberian told us about the performance of Bulgaria’s best players at Wimbledon this year.

“Tsvetana Pironkova and Grigor Dimitrov have become truly great athletes. People who dare say that Grigor was ‘a failed talent’ are just cruel. Competition in tennis is extreme and I want to congratulate these players for their achievements because they are great. Tsvetana Pironkova and Grigor Dimitrov have a lot more to show to the world and to themselves.” 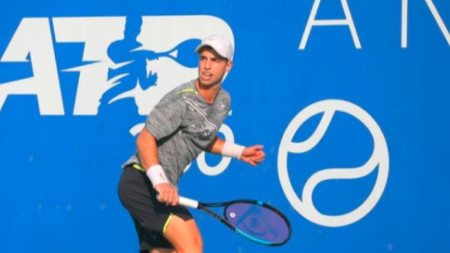 The young Bulgarian tennis player Adrian Andreev (19) has won the second title in his professional tennis career.  In the final of the ITF tournament with a prize fund of 15 thousand dollars in Antalya, Turkey, he defeated Russia's Alexander Shevchenko.. 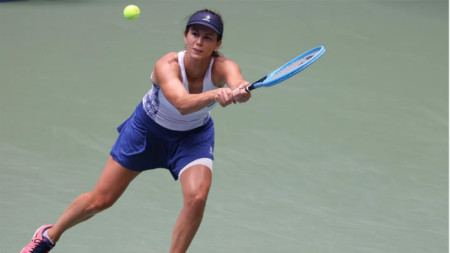 At the qualifiers for the Australian Open, which were transferred to Dubai over the coronavirus, Bulgaria’s top tennis player Tsvetana Pironkova won versus Margarita Gasparyan (Russia) by 6-3, 7-5 and earned a place in the first for the year Grand..

The chairman of the national referee college of the Bulgarian Handball Federation Mikhail Bashev is a delegate of the International Handball..

The young Bulgarian tennis player Adrian Andreev (19) has won the second title in his professional tennis career.  In the final of the ITF tournament..