Le Chœur Voyageur from France with concerts in Plovdiv and Sofia Le Chœur Voyageur, The Travelling Choir, was founded in Bordeaux, France, by students of ethnology and musicology at the University of Bordeaux (L'université de Bordeaux Montaigne). From the very start the choir planned to give two concerts a month in Southern France, in villages whose residents haven't got the chance to enjoy choral concerts often. The young musicians also decided to visit a foreign country once a year in a bid to learn more about its music culture and meet their peers and colleagues there. Hence the name of the formation - The Travelling Choir. Their visit to Bulgaria is due to cooperation with two choirs with whom they partner on stage: in Plovdiv, this is the Academic Folk Music Choir at the Academy of Music, Dance and Fine Arts with conductor Prof. Kostadin Buradzhiev, and in Sofia - the amateur choir Hristina Morfova at Dr. Petar Beron Community Center, with 80 years of history and a rich creative bio. “For us it is a major challenge but also an honor to give a joint concert with this university choir. The French formation is very good, with excellent professional training and featuring an interesting and sophisticated repertoire. In our part of the program we have included works by contemporary Bulgarian and foreign composers written especially for our choir, and of course, Bulgarian folklore.”

The conductor of The Travelling Choir Alexis Duffaure presents his colleagues to Radio Bulgaria.

“The choir was set up in 2004. Apart from concerts in France we have so far met with audience in a few countries - Portugal, Spain, Germany, Italy, Morocco and Britain where we had a concert in London. Our choristers are students from the Bordeaux Conservatory but there are also teachers of music and high-school students. The choir unites people with various interests. Singers are aged from 18 to 30 - this is a mandatory requirement. Our repertoire is very large: we perform world choral music spanning eras from the Renaissance to the present day, religious works, ancient music and traditional songs of various peoples from Europe, Africa, North and South America."

Layla Serano, one of the choristers, is one of the initiators of the trip to Bulgaria. She says she has listened to the Mystery of the Bulgarian Voices choir and has fallen in love with its art. “I then met with Prof. Buradzhiev and joined a vocal training course led by him. I admire the music of Oratnitsa folk group, of the Cosmic Voices with conductor Vania Moneva and of many other Bulgarian musicians.” Layla has told us what Bulgarian songs are included in The Travelling Choir repertoire. Sedenkarska (Working Bee song), music by Petar Lyondev, Polegnala e Tudora (Tudora Went to Sleep) (music by Filip Kutev) and Momne Mari Hubava (Hey, Pretty Lass) from the volume Rhodope Folk Songs.

Another member of The Travelling Choir, Karen Koulakian adds:

2. A Norwegian Wedding Song performed by The Travelling Choir. The recording is provided exclusively for Radio Bulgaria

3. Joshua Fought The Battle of Jerico performed by The Travelling Choir

4. Lale Li Si (Are You a Tulip) performed by Hristina Morfova choir 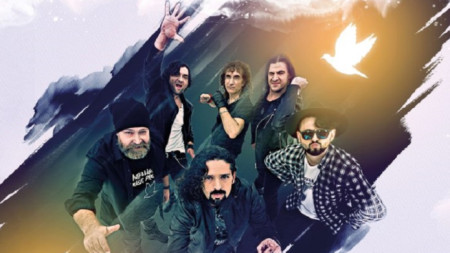