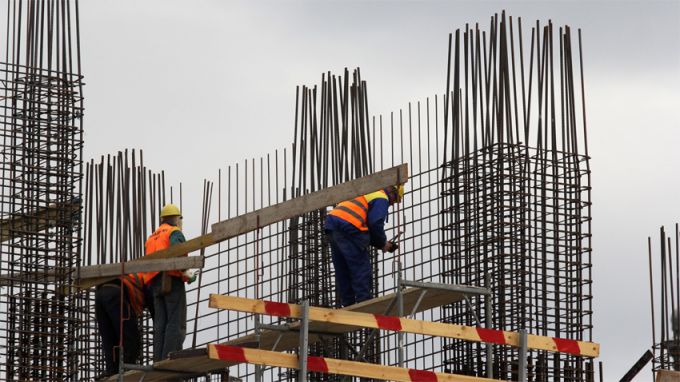 The latest report of Bulgaria’s National Statistical Institute about the labor market in this country looks more than optimistic. In the first quarter of 2017 the economic activity index of the population aged between 15 and 64 was at 62.9% and rose by nearly 1% as compared to the same period last year. The economically inactive people in that age category amounted to nearly 1.4 million people, of whom 132,000 are the so-called discouraged people who neither work, nor look for a job, because they spent too much time outside the labor market. However, unemployment in Bulgaria between January and March 2017 was at its record low - 6.9%, or 1.7% lower as compared to the same period of last year. In few years only unemployment in this country dwindled significantly from over 13% in 2013 to less than 7% this year. Thus, unemployment in Bulgaria is now under the EU average.

The positive data from the Bulgarian labor market contradicts the crisis in the investments field. In 2016 the foreign investments literally collapsed with over EUR 1 billion as compared to the previous year. Fortunately, the significant growth registered in all types of tourism, which surprised many economic experts, made up for that negative trend. Bulgaria’s Ministry of Tourism forecasts that in 2017 the number of foreign tourists visiting the country will increase by 10% as compared to 2016 when over 8 million holidaymakers visited Bulgaria. That is why the Bulgarian employers in tourism have been looking to recruit a large number of people with various qualification and skills. Due to the strong deficit of labor force in tourism Bulgaria’s Deputy Premier Valeri Simeonov recently called on the employers to hire any types of employees, in order to fill the gap in that sector. Employment, including temporary employment, was also driven by the growth in construction and the activities related to that sector such as transport, logistics, manufacture of building materials, etc. The interest rates on mortgage loans are currently at their lowest levels and demand for newly-build homes has been much higher than supply in the past two years. In other words, that process would continue in the near future due to the huge liquidity of the Bulgarian commercial banks. The job positions created in the past few years under the so-called European programmes for employment have also contributed to the record-low levels of unemployment in Bulgaria. Higher employment was also registered in the IT sector, the agriculture field, the automotive spare parts manufacturing sector, the call centers, etc.

The number of self-employed people and those working part time have also increased. Will the positive tendency on Bulgaria’s labor market continue and are we going to witness unemployment levels similar to the ones in the Czech Republic (3.6%), Germany (3.9%) and Malta (4.2%)? The short answer is no, because there is a huge deficit of qualified workforce in this country. Many of the people who are still unemployed at the national economy are either people with low, or without any education. According to European statistics, Bulgaria has already placed among the EU countries with lowest unemployment rate. However, many Bulgarian employees are in the category of the co-called working poor and that tendency is not likely to cease any time soon, because the Bulgarian employers are not planning to increase wages drastically. They contend that in the recent years the increase of the salaries outran labor productivity growth. In terms of wages and incomes Bulgaria cannot compare even with Romania anymore, because salaries in Bulgaria’s northern neighbor are 27% higher on the average.