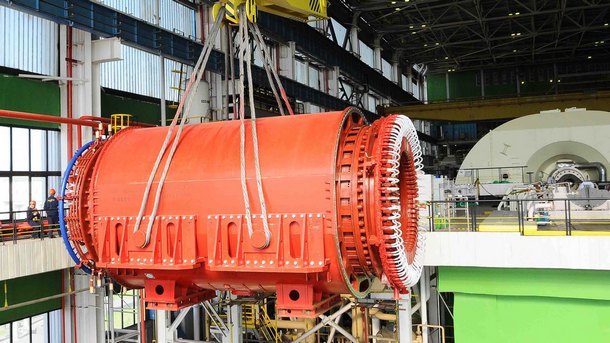 Experts have warned that Bulgarian nuclear energy is likely to experience a major deficit of staff. It could be that the country will continue to have nuclear units but will not have the people to operate them. The risk is real because the number of those willing to study nuclear energy has declined two-fold. In a bid to avoid the import of specialists for the nuclear facilities, organizations and companies in the sector have mulled the creation of an incubator for training staff.

Valentin Nikolov, an MP from the ruling party Gerb, Deputy Chairman of the parliamentary Energy Committee, Chairman of Bulgaria’s National Committee at the World Energy Council and former CEO of the Bulgarian N-plant in Kozloduy, told the BNR Horizont Channel that while some time ago the average age of the employees of Kozloduy NPP was about and below 40 years, today it already exceeded 45 years.

„Nuclear energy offers good remuneration compared to other sectors but jobs there require high intelligence”, Nikolov said. He specified that with the closedown of nuclear facilities a new big business was emerging. This is so because in the years to come about 30 nuclear units should be decommissioned. „At a certain point we will begin importing specialists”, he predicted. Valentin Nikolov stressed that training specialists includes a wider sphere of knowledge and skills:

„A cyclotron is going to begin operation at the Bulgarian Academy of Sciences – the biggest in the Balkans. Specialists will be trained there – but not only for exploitation of nuclear facilities. It is meant to boost research for creating new technologies, new production, for dating artefacts, creating isotopes etc.”

Despite a general lack of interest among the young in Bulgaria, Mitko Doychinov is keen on nuclear energy. He is 18 and will enroll in the 12th grade of the Henry Ford Vocational High School of Transport and Energy in Sofia. He has won this year’s nuclear energy competition of the Technical University. How does this sector interest him?

„This is the future of energy. It is an interesting and complex area of study that covers various branches of science like biology, physics, mathematics etc. It is about a unique source of energy. There is a great difference between nuclear energy and gas generation of energy. Wind energy is exceptionally ineffective. Water power generation is not constant and reliable – Bulgaria has resources but it is impossible to maintain and develop the industry of the country based on water power generation.”

Mitko Doychinov has chosen to study medical physics, most probably in St. Petersburg. He argues that in the recent years Russia has developed strongly nuclear energy and university training is free of charge. Although most Bulgarian teenagers opt for universities in the West, Mitko contends that he is not an exception, and that other young Bulgarians have been eyeing universities to the east of Bulgaria. He sees the advantages of university education in Russia in its being not as closely specialized as it is in West Europe. Though he has opted for nuclear energy Mitko Doychnov is not planning to return to Bulgaria. In this he is very much like most of his coevals.