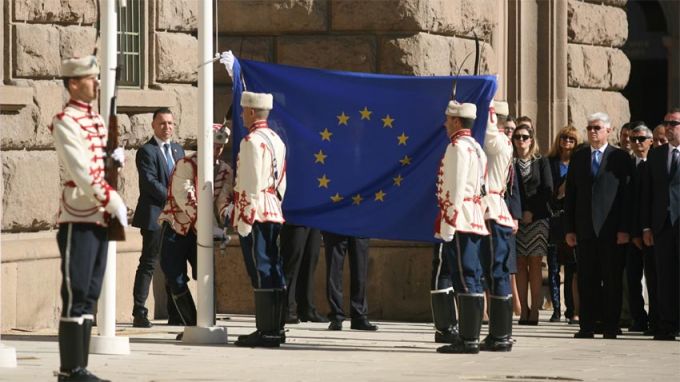 The flag of the European Union was hoisted in front of the Bulgarian Presidency Building on occasion of Europe Day- May 9. Bulgaria’s President Rumen Radev, the President of the Bulgarian National Assembly Tsveta Karayancheva, Bulgarian MPs and Ministers attended the official ceremony. The event was marked with a series of activities in Bulgaria. Meanwhile, on occasion of the Victory Day marked on the same date (May 9), the Union of Bulgarian War Veterans and an initiative committee of non-governmental organizations laid wreath and organized a concert in front of the Monument to the Soviet Army and the Monument-Ossuary of Soviet Soldiers in Sofia. The Immortal Regiment-Bulgaria held procession with photos of relatives who died in WW2 and the Anti-Fascist Resistance. Boards with the names of 13,000 victims were shown during the procession.

Share of renewable energy in Bulgaria to rise by about 2,500 megawatts by 2024

The installed capacity for production of electricity from renewable energy sources in Bulgaria at the end of last year was approximately 1,800 megawatts. This is about one 5th of all capacities in the country, the executive director of the Electricity.. Bulgaria has reported 1,426 new cases of Covid-19 for the past 24 hours, with 10,473 tests performed. 13.6% of the samples returned positive, according to the National Coronavirus Information Portal . The highest number of infections is registered in..