“All this is to a great extent true but expounded like this it denies the Bulgarian contribution into the very beginning of the Slavic script. Indeed, Cyril and Methodius went on a mission as political missionaries,” Prof. Mircheva comments. “Political and spiritual affairs at that time of the Middle Ages were closely linked. The two brothers were clerics but also politicians who were sent to Moravia with a very specific assignment. At that time Constantinople and Rome were fighting for supremacy in a Europe that was gradually Christianized.”

The church was still undivided but the rivalry was clear. German priests were in control of liturgy among Moravian Slavs and service was held in Latin. The leaders in Constantinople however were aware that God’s word should be more comprehensible – and this was important from a political point of view. So Byzantium was to a certain degree ready to let spoken languages reach the souls of millions who were becoming Christians. The Moravian mission /863-885/ of Cyril and Methodius was not successful and ended with the death of St. Methodius in 885 /St. Cyril died in 869/. Their disciples were expelled and reached the Bulgarian lands. Three of them – Kliment, Naum and Angelarius – arrived along the River Danube and had a warm welcome from the newly baptized Prince Boris, Prof. Mircheva says. They received firm support which was part of the policy of the state for the development of the Slavic alphabet, literature and culture. With the cooperation of Prince Boris and his heirs – Tsars Simeon and Petar – the Bulgarian speech from a group of dialects emerged into a literary language. Without this consistent state policy the great work of the Saints Cyril and Methodius would have been reduced to the unsuccessful Moravian mission that has not left any important vestige in history.

Bulgaria’s contribution is also the creation of the Cyrillic script – a Slavic alphabet with very clear and perfectly applicable orthography. The Glagolitic script was strange in terms of design, unusual in Central Europe and within the boundaries of the Byzantine geopolitical influence. “This led to a version in which using 24 letters from the Greek alphabet were taken and further 12 letters were added to the Cyrillic for the specific Slavic sounds. These twelve letters were taken from the Glagolitic alphabet,” Prof. Elka Mircheva from the Institute for Bulgarian Language at BAS says in conclusion.

Photos: courtesy of Institute for Bulgarian Language at BAS 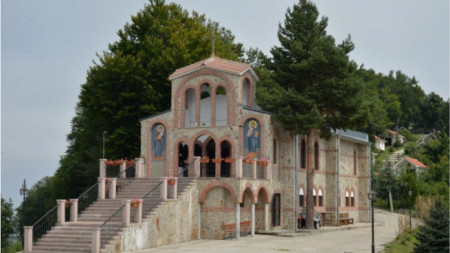