The Specialized Prosecutor's Office of Bulgaria has pressed charges against a Swiss national of terrorism and arms smuggling. He was detained on Tuesday at Kapitan Andreevo border crossing in an attempt to cross the border into Turkey carrying ammunitions with a final destination Idlib in Syria.

The man and his car had been wanted by the Swiss authorities under a notice in the Schengen information system saying the man was armed. The Swiss national has been taken into custody for 72 hours. 34 new points of sale of route maps will be launched at the Bulgarian border checkpoints to facilitate the drivers of cargo vehicles. They will start functioning together with the new toll system on March 1, 2020. On each border crossing drivers and.. 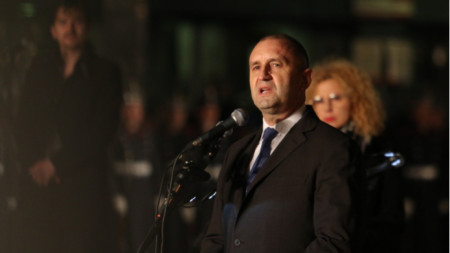 President Rumen Radev: Levski would not want to see our heads bowed

On February 19 we mark the death anniversary of the Bulgarian Apostle of Freedom Vasil Levski and we are used to saying that we come to this monument to bow our heads down. However, Levski would not want to see our heads bowed , this country’s..

The Bulgarian government approved the conclusion of agreements for provision of gratuitous financial assistance for development in 7 countries-Serbia,..