140 years of military education in Bulgaria The Bulgarian Army has been ranked 60th in the world in 2018, according to US media Global Firepower. According to the indicator, this country is ahead of Austria, Slovakia and Portugal, while the US, Russia and China hold the top positions for the year. Despite the prestigious position, however, the Bulgarian army today is experiencing serious shortage of personnel at all levels. The lack of enough people willing to train and work for the defense of Bulgaria is due primarily to low remuneration. According to the Minister of Defense Krassimir Karakachanov, the vacancies for officers, sergeants and soldiers in the Bulgarian army are currently over 5,500. According to him, if admission to military schools was raised, there was a chance that the lack would be overcome. What is the current number of military servicemen and what are the prospects for their career growth in the ranks of the Bulgarian army? More from the Rector of the National Military University "Vasil Levski" Brigadier General Plamen Bogdanov: “Currently we have more than 2000 students. We also offer extraordinary military training, cadet training, and various courses to provide the army with trained personnel. When it comes to foreigners, many officers representatives of countries from Europe and from Asia, Africa and America, have been trained here. We now have a few students in Vietnam, but this is a direction we are currently working on.”

The reason to talk with General Bogdanov is the date November 26, when the university celebrates the 140th anniversary of opening of the first military school in Bulgaria, which formed the basis of military education in Bulgaria. What are the most important events that marked the history of education in this sphere?

“The act of establishing the military school was issued on September 1, 1878 in Plovdiv. The official opening of the school took place on November 26, 1878, with service in the St. Nedelya Cathedral, followed by a military parade and a procession to the first campus of the school that was in the building of a former Turkish hospital in the area of ​​the Military Club in Sofia. Since then, training has not stopped and by the end of 2018, 140 classes have graduated. During the wars, their number was bigger. It is important to point out another important year in the history of the school - 1892 when it was moved to a building specially built for it. It had been the school’s home for the longest time, and today this building is home to the Military Academy ‘G.S. Rakovski ‘. The move to Veliko Turnovo took place in 1958.”

In 1945, the alumni of the school were among the creators of the Air Force School, and in 1948 the Military Artillery School. Nearly a century and a half after the start of military education in Bulgaria and the numerous changes over the years, training of defense personnel has always been carried out in compliance with strict rules and respect for traditions. It is exactly rules and traditions that unite Bulgarian soldiers and allow them to cope with challenges they face every day, both in Bulgaria and during missions abroad.

As a military school, we strive to be relevant to the current security environment and also to the labor market. In this regard, we continuously update our curricula and programs. Latest majors include military police and artillery instrumental intelligence, and for students we have disciplines related to communication and information systems, protection of the population in disasters, accidents and catastrophes, Brigadier General Bogdanov said. Army rearmament procedures have been marking progress, which is seen as a positive sign. The ambitions of the National Military University are to continue the development of research and to attract and keep more qualified teachers, both in the military and civilian fields of education offered by the higher school. 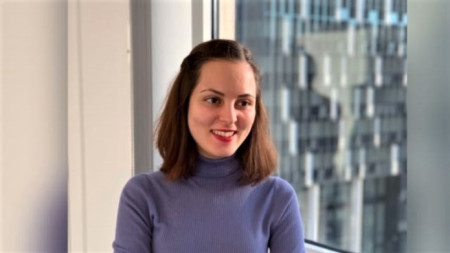 What kind of society do we want to live in? What are the things we do not like in the world that surrounds us and how can we make it a better place? These are just some of the questions young people are asking in the project “Model.. 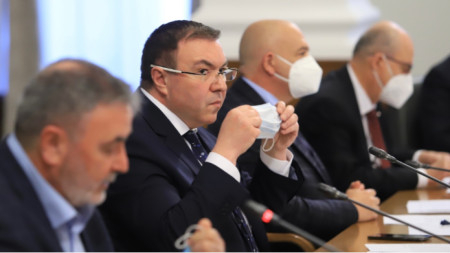