Bulgaria is largest producer of herbs in the European Union

President Rumen Radev: The Bulgarian language is an invisible homeland connecting Bulgarians around the world

"On May 24, we are all just Bulgarians," said President Rumen Radev in a greeting on the occasion of the Day of the Holy Brothers Cyril and Methodius , the Bulgarian alphabet, education and culture, and Slavic letters.  " Today there are seven million..

Bulgarians celebrate 130 years since the writing of the hymn Varvi, Narode Vazrodeni

This year, on the Day of the Holy Brothers Cyril and Methodius, of the Bulgarian alphabet, Bulgarian Education and Culture, and Slavonic Literature Day, May 24, Bulgaria  solemnly celebrates 130 years since the writing of the hymn "Varvi, narode.. 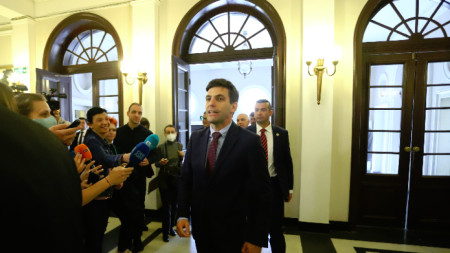 The veto on North Macedonia’s EU Membership talks should be discussed in parliament, National Assembly Speaker Nikola Minchev has told reporters. According to him, the dialogue with North Macedonia has recently marked great progress compared to..