This will be a long weekend. It will start on Thursday with various initiatives worldwide dedicated to this anniversary, Associate Professor Dr, Luba Slavcheva-Mihova from the Institute of Astronomy told Radio Bulgaria. We are planning to deliver lectures and make presentations that will attract the interest of young and old, because they are directed towards the wide audience. The visitors will have the opportunity to learn important details from the history of the International Astronomical Union and the new space missions to the Sun, to learn about the stellar magnetic fields. They can also learn how and why the mirror of the large telescope at the National Astronomical Observatory in Rozhen is regularly removed. Visitors will also learn details about the nature of some impressive astronomical objects, such as supernovas and the so-called glittering stars. In one of the demonstrations the visitors will learn how the size of our planet Earth is measured under a very ancient method used by the Greek astronomer Eratosthenes, Associate Professor Dr. Luba Slavcheva-Mihova went on to say. He was born in 276 AD and was the first person who calculated the circumference of the Earth. He knew that at local noon on the summer solstice in Syene (modern Aswan, Egypt), the Sun was directly overhead. He then measured the Sun’s angle of elevation at noon in Alexandria by using a vertical rod. Knowing that the two cities were situated on one meridian he calculated the distance between them. Using the length of the rod and the length of the shadow he calculated the angle of the sun’s rays and the circumference of the Earth with striking precision. The deviation with the real circumference of the Earth was less than 1% which was due to imperfect calculation of the distance between Syene and Alexandria. We will repeat his experiment using a geographical globe. The exhibition Above and Beyond dedicated to the 100th anniversary of the International Astronomical Union will be presented for the first time. It reveals some of the most exciting achievements of modern astronomy and space research in the last century. It traces briefly the key moments in the history of IAU and shows the most important discoveries and the most popular astronomers.

We are planning to make this exhibition a traveling one and to launch it during the Sofia Science Festival in May, as well as at the traditional Astronomical conference in June, Associate Professor Dr. Luba Slavcheva-Mihova further said. Many other events, such as the International Day of Light (May 16), 100th anniversary since the full solar eclipse (May 29, when the first successful test of the general theory of relativity was made), and lectures on astronomic topics in informal atmosphere will be held this year. The first lecture will be delivered on March 8 and will be dedicated to the role of women in astronomy from antiquity until present. In July the Astronomical Observatory in Belogradchik will host observations of the Sea of Tranquility on occasion of the other large anniversary-50th anniversary since the humanity’s first trip to the Moon. We are planning to launch summer schools in astronomy for students. August 28 will be day of open doors at the National Astronomical Observatory in Rozhen. People can attend a series of events organized by astronomical observatories, planetariums and astronomy clubs in many Bulgarian towns through the whole year. 2019 will abound with astronomical events. Undoubtedly the full solar eclipse on July 2 will be the most-interesting astronomical phenomenon this year. It can be watched from Chile and Argentina. The Bulgarians can watch the total lunar eclipse on January 21, the partial lunar eclipse on July 16, the Perseids Meteor Shower on August 13 and the Transit of Mercury across the disc of the Sun on November 11. Associate Professor Dr. Luba Slavcheva added that this phenomenon can be observed only with a good telescope equipped with a proper solar filter. Telemedicine and its upsurge in Bulgaria

In the space of just two months in the conditions of social isolation, remote forms of communication, until recently inconceivable, entered all aspects of our lives. Until not so long ago patients would get in touch with doctors using.. When the Covid-19 pandemic limited air travel around the world, many international flights were delayed and many people were blocked at airports. They could not leave the country in which they were on a business trip or vacation, and.. 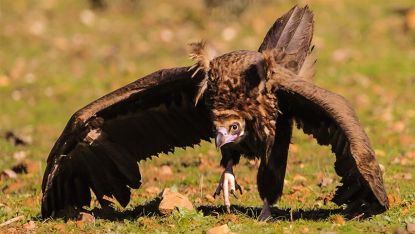 One of the rarest birds in Bulgaria, the black vulture named Ultron, was found shot dead by poachers in the area of ​​Kardzhali (Southern Bulgaria), Green Balkans reported. It was  donated to Bulgaria by Belgian zoo Planckendael. The Green Balkans.. One of the rarest birds in Bulgaria, the black vulture named Ultron, was found shot dead by poachers in the area of ​​Kardzhali (Southern Bulgaria), Green..

When the Covid-19 pandemic limited air travel around the world, many international flights were delayed and many people were blocked at..

Telemedicine and its upsurge in Bulgaria

In the space of just two months in the conditions of social isolation, remote forms of communication, until recently inconceivable, entered..