“Give warmth!” campaign collects 1,100 kilograms of clothes for refugees 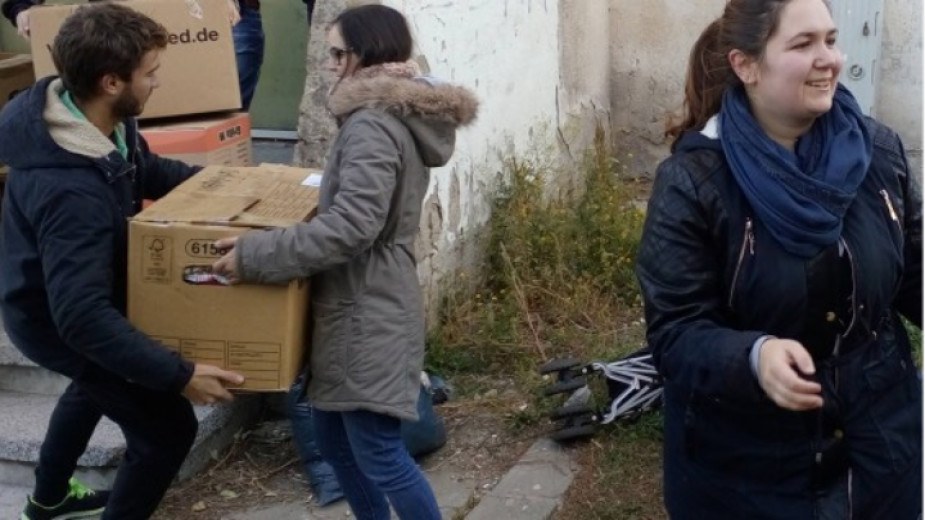 Empathy and helping without wanting anything in return changes lives and gives hope of a better future. The cold winter nights and the need of warm clothing is what prompted the Council of Refugee Women in Bulgaria to organize the campaign “Give warmth!”. And help was not late in coming. Almost 300 donors joined the initiative for collecting warm clothes and blankets, and the help keeps on coming.

Those who have been granted refugee status live at an outside address, they are endeavouring to remain in Bulgaria and to be integrated here, and they are in need of clothing. Asylum seekers living in refugee centres do not pay rent nor do they have a great deal of expenses, whereas those with refugee status have many expenses – food, rent, for the children. Often only one family member holds a job, and on a small salary it is difficult to make ends meet. That is why we are helping, providing them at least with clothes, and sometimes food, says Linda Awanis, founder of the Council of Refugee Women in Bulgaria.

The “Give warmth!” campaign collected 1,100 kgs. of clothes, household utensils and blankets, which reached almost 700 people in need in 2018. Through the years more than 1,000 people seeking protection have received humanitarian aid and have been assisted by the Council’s mediators who throw a bridge between institutions in Bulgaria and refugees in need. What refugees need first and foremost is food, second come medicines, and clothes are something that is needed always. In most cases they are second-hand clothes and get torn quickly. The Council do their best to replace the children’s clothes as often as they can so they won’t feel at a disadvantage compared to other children at school.

Photo: courtesy of Give Warmth Campaign More than 300 students from 31 countries will be studying at the Medical University in the town of Pleven during the 2021/22 academic year, the..