Assoc. Prof. Mihail Gruev: We would be proud to see its basic principles being implemented today 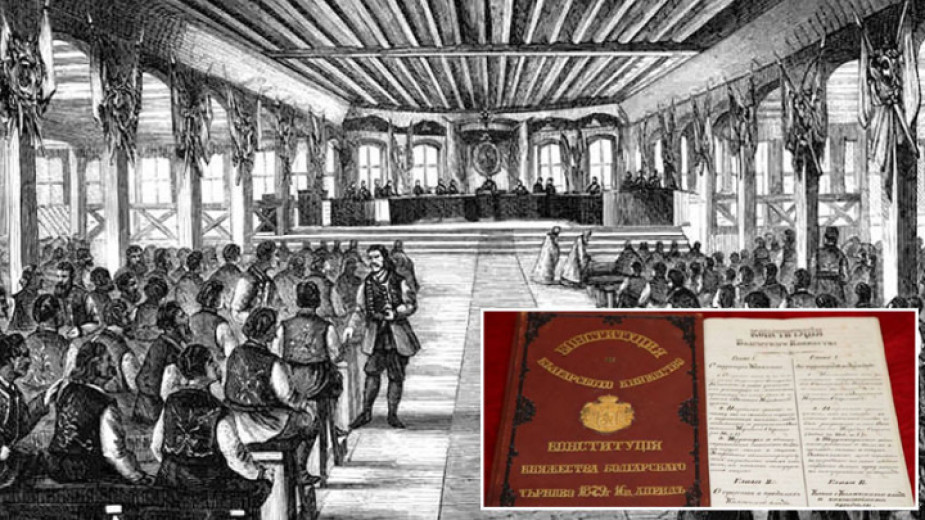 After its Liberation, the young Bulgarian state under the force of the Treaty of Berlin needed to draft its major law. The inexperienced members of the National Assembly, thanks to their enthusiasm, responsibility and patriotism, did the job brilliantly. On April 16, 1879, the Constituent National Assembly in the old Bulgarian capital city of Tarnovo adopted a liberal constitution, sending the message that Bulgaria was already an independent state on its own path of development.

The Constituent Assembly was convened on February 10, 1979, and included the elite of Bulgaria from the times of the National Revival. These were educated people who established their reputation during the times of struggle for independence and an autonomous church and rapid development of Bulgarian education and culture. The Assembly also included representatives of the territories that remained outside the Principality of Bulgaria after the Berlin Congress, so the idea of ​​unification of all Bulgarians in one country dominated discussions. “There were voices that questioned the legitimacy of the Constituent Assembly due to the fact that there were significant territories inhabited by Bulgarians still outside the territory of the Principality,” Prof. Mihail Gruev, head of the Archives State Agency says. "This is why the issue was central at the beginning of discussions. But for the fathers of the Tarnovo Constitution it was clear that the Bulgarian state must be legitimized and they proceeded with discussing the constitutional project. At first, the idea of ​​the Russian administration was the law to resemble the structure of these in force in autonomous territories of the Russian Empire. However, the founders of the Tarnovo Constitution aimed at creating a constitution that symbolized the urge of Bulgarians towards national independence. They altered greatly the original draft by Russian lawyer Sergei Lukianov, turning the organic statute into a democratic constitution in the spirit of the most modern and advanced European countries.” The other main issue on the agenda of the Constituent Assembly was the choice of a new capital city. With one decisive vote more, the majority of members of the Assembly chose Sofia as the most important Bulgarian city – because of its central geographical location from the perspective of National Unification, since it was considered that separation from Macedonia and East Rumelia was only temporary. While the debates about the legitimacy of the new state were taking place, two ideological trends were formed during the meeting – a liberal and a conservative one, and it is these two circles where the future Bulgarian statesmen emerged from.

“It was a clash not only of different views about the structure of society, but also of bright personalities," the historian says. “Renowned people in the Constituent Assembly, such as Petko Slaveikov and Marko Balabanov stood out. But in the constitutional debates, new names also stood out and here I would mention Petko Karavelov and Konstantin Stoilov. These are people that left a lasting trace not only in the spirit of the Constitution but also in the whole social and political development of Bulgaria at the end of the 19th century.” According to the historian, we could still learn from these people, who were aware of the great importance of the historical moment and had the courage to do something huge. “The idea of ​​equality before the law, separation of powers and the freedom of people - these are all principles included in the Tarnovo Constitution, that we can be proud of,” he adds.

A traveling exhibition of the Archives State Agency dedicated to the preparation and work of the Constituent Assembly, will be presented on May 3 in Burgas before returning to Sofia for the Night of Museums on May18, when citizens and guest of Sofia will be able to see the original Tarnovo Constitution.