Choreographer Irinka Gocheva: To me horo dancing is like a drug. In our day we need to be together and to hold one another by the hand.

There is one female saint who is always depicted on Christian Orthodox icons wearing traditional dress – Zlata of Muglen. She lived in the 18th century in a small Bulgarian village near Muglen, on the territory of the Ottoman Empire and she never renounced the Christian faith she was born into.

For the tenth year running, the State Agency for Bulgarians Abroad bestowed the Bulgarian Woman of the Year named after Saint Zlata of Muglen.

Five ladies living outside Bulgaria were nominated this year for their work aimed at preserving and popularizing the Bulgarian language, culture and traditions: Doris Hernández Dukova from Bogota, founder of the Bulgarian-Columbian organization Alianza, Irinka Gocheva who teaches Bulgarian folklore in Chicago, USA, Ludmila Georgieva - opera singer and member of the Club of Bulgarian Women and Families in Hamburg, Germany, Svetla Kyoseva – headmistress of the Bulgarian school in Budapest, the capital of Hungary and Snezhana Skoric, headmistress of the Bolhrad secondary school Georgi S. Rakovski in Ukraine. This year the Bulgarian Woman of the Year award went to Irinka Gocheva.

She is an incredibly magnetic woman. She says that when she hears the sound of bagpipes she cannot help but get up and dance. For more than 15 years Irinka Gocheva has been motivating Bulgarians aged 5 to 55 to dance for hours on end after the working week is over, passing her own enthusiasm for the magic of Bulgarian music on to her American friends. She is the founder and artistic leader of one of the biggest Bulgarian dance ensembles in North America – Horo – and of the children’s folklore ensemble – Hortze – with the Bulgarian school John Atanasoff in Chicago. She also creates and directs professional choreography for the dancers in all major events organized by the Bulgarian community in Chicago and the region but also in international festivals in USA and Canada. Not long ago she transferred her teaching skills as choreographer to Florida where she teaches folklore at the Bulgarian school in Sarasota. The Bulgarian Consul General in Chicago Ivan Anchev describes her as a leader of the Bulgarian community in Chicago and the Midwest.

“Folk dances and traditions are our identity, they are the visible and the invisible threads of the Bulgarian DNA that pull us together across all seas and all continents, and which intertwine in a special way with our faith:”  These are the words with which Vice-President Iliana Yotova addressed this year’s holder of the Bulgarian Woman of the Year award. Irina Gocheva was overjoyed to accept the award, saying that after the initial confusion she had said to herself: Well done! Well done to the people from the Bulgarian community whose energy and zeal to perform on stage had motivated her to do miracles:

“This is an award I appreciate highly, an award I do not see as something personal, it is an award I share with all people around me – with my family, with the entire Bulgarian community, and I will continue, with the same enthusiasm and responsibility, to multiply the people who are fond of Bulgarian folklore, dance and customs, and will keep the Bulgarian tradition alive.”

Irinka Gocheva founded the horo ensemble 16 years ago together with her husband and five other enthusiasts, and now the ensemble has 70 permanent members. “Rhythm and dance form one whole and when we are dancing the horo we feel the energy passing through out hands. It is a very special feeling for people who yearn to dance the horo,” says Irinka Gocheva. “To me horo dancing is like a drug. It is something that once kept us going, and now we need to be together and to hold one another by the hand. And to remember where we come from and what our roots are.”

When they enter the rehearsal room the dancers from the ensemble feel they are returning to their country.

“It is a feeling beyond description. I have always carried in my soul nostalgia for all things Bulgarian. It is when I enter the rehearsal room that I feel truly free – forgetting everything around us and devoting ourselves fully to what we are doing. Bulgarian dance and music imbue me with the strength to continue my life as an emigrant. Because it is not easy to be living abroad. The whole ensemble – young and old – together, we have created a small Bulgaria there, and that is a wonderful thing.”

The stringent measures imposed under the state of emergency in most European countries to check the spread of the coronavirus have foiled the plans of hundreds of Bulgarians who will not be able to come home for Easter. People are taking.. 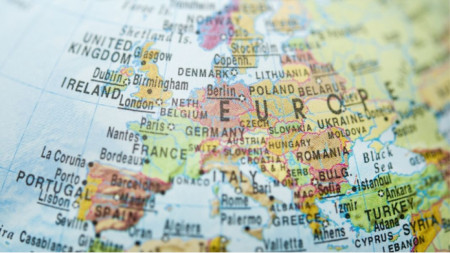 This is t he point of view of Maria Dimitrova-Pichot, President of the Francophone Journalists Association in Bulgaria, reporting for Radio Bulgaria from the epicenter of the epidemic in Paris At the beginning of 2020, nobody.. 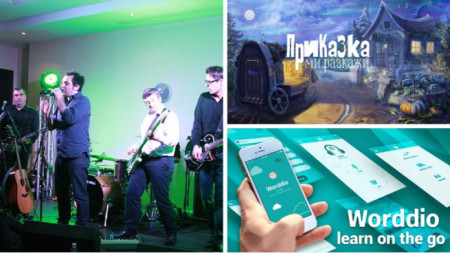 Good ideas: how to spend your leisure time online

Closed up in our homes because of the danger of coronavirus infection, many Bulgarians have been trying to find useful ways to spend their time. And with the internet that is easy. The first way is music. Many Bulgarian..

This is t he point of view of Maria Dimitrova-Pichot, President of the Francophone Journalists Association in Bulgaria, reporting for Radio..

The stringent measures imposed under the state of emergency in most European countries to check the spread of the coronavirus have foiled the..