How did today's Bulgarian lands look like 2,500,000 years ago, when in East Africa the first hominids were emerging? A paleo park in Bulgaria’s Varshets will give us an opportunity to have a glimpse at those distant times. The park will put on display flora and fauna found in a deposit, located 7 km from the resort town, dated back to the early Pleistocene, or shortly before the beginning of the last Ice Age.

The project will be implemented with funds under the European program "Interreg" and a tender for the selection of a contractor is under way. Among the candidates is the National Museum of Natural History in Sofia, whose scientists - the founder of paleo-ornithology in Bulgaria Prof. Zlatozar Boev and the current director of the museum, Prof. Nikolay Spassov - a specialist in fossils and modern mammals, are among the researchers of the deposit, which was discovered 30 years ago: "Treasure hunters who have walked around discovered bones or ‘little skulls’ as they called them that were opalescent, they took them to the local geography teacher. He contacted the Faculty of Geology and Geography of the Sofia University and two years later the information reached me and Prof. Spasov, Prof. Boev recalls. "When we started digging out animals unknown to science, we found out the deposit was incredibly interesting and rich and that it should be preserved and displayed in a special museum or a paleo park."

According to Professor Boev, there is no richer fossil deposit from this period of the early Pleistocene than the one near Varshets. In it, on the basis of nearly 7,000 remains, 166 plant species, invertebrates and vertebrates were discovered. Among the birds a new genus and 16 species were discovered, including the Actitis balcanica, Aquila kurochkini, Alauda xerarvensis,Falco bakalovi, named after the first Bulgarian paleontologist of vertebrates, Patar Bakalov.

"One can see so-called chauvireria balcanica, which I named after one of the best fossil experts - French professor Cécile Mourer-Chauviré . There are 1100-1200 bones in the deposit, probably from 50 such birds. There are very few fossil species in the world that are described on the basis of such abundant material. The birds probably became prey for an owl that used a former cave as a place to eat.” In the deposit that has gained worldwide reputation, there have been found remains of very large predators, such as the megantere one, which is kept in the funds of the National Museum of Natural History, giant cheetah, European jaguar, rhinoceroses, two types of bears ... But how did this area look like on the eve of the Ice Age? "Judging by the composition of the animals found, as well as the collected seeds of plants, we can say that back then there was a dry savanna with scattered single shrubs and trees as the rhinos and cheetahs are inhabitants of the open landscapes. There were also small forest areas, as bears and jaguars inhabit forests. The climate was much drier and warmer than today and the landscape was flatter. "

All this wealth revealing part of the history of our lands millions of years ago was found in a rock funnel - a remnant of a former cave, no more than 1 meter in diameter, where the bones were deposited, Prof. Zlatozar Boev told us. 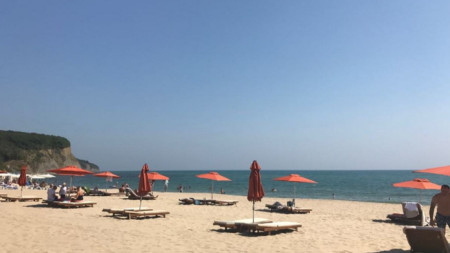 Many people from different countries in Western Europe have rediscovered Bulgaria's ski resort Bansko during the past winter season. However, the skiers were about 50% less than previous years, Ivan Obreykov, marketing director of the Bansko ski area,..