The latest European tour of "The Mystery of the Bulgarian Voices" started on May 30 in France at the 38th edition of the Jazz Sous Les Pommiers Festival. The renowned female folk choir presents its newest album – BooCheeMish, released in May 2018 and featuring Lisa Gerrard.

The mix between traditional Bulgarian folklore and the musical inspirations of the Dead Can Dance star, instrumentalists and beatboxing proved to be extremely successful. The bold experiment is based on the idea of ​​producer Boyana Bunkova from Schubert Music Publishing. The music is work by composer Peter Dundakov and he used kaval, gadulka, guitar, double bass. Beatboxer Skiller also takes part. After France, the band will have a concert in Barcelona on June 1. Next follow concerts in Porto, Lisbon, Braga (June 4, 5, 6) and Queen Elizabeth Hall in London (June 7). The concert in London is the second in the UK capital this year. The tour ends with three concerts in Poland – Warsaw, Wroclaw and Szczecin (10, 11, 12 June).

"After experiencing the positive reaction of the audience in Germany, Switzerland, Poland, France, Italy and the Netherlands, we are looking forward. We are ready for new challenges. In this respect, the choir itself and its conductor Dora Hristova are very helpful," Boyana Bunkova says. Seven concerts in three countries since early 2019 preceded the tour in France, Spain, Portugal, Britain and Poland. The concert year for the Mystery of the Bulgarian Voices started in London. It then continued in Plovdiv where the choir performed with a symphony orchestra and later the choir had concerts in Concertgebouw in Amsterdam and in Eindhoven. 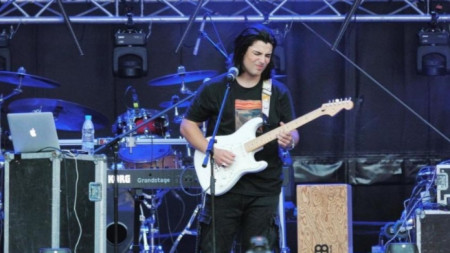