Turning of the first sod of the IGB gas interconnector with neighboring Greece
Photo: BGNES

It has been a long time since it was so busy in the Bulgarian gas energy market, with many new projects in sight. So far everything has been going smoothly and the focus was on major government projects. In particular, the ambitions of the government to turn the country into a regional gas hub by building the European gas hub "Balkan" allowing it to receive gas from a variety of sources and to offer it to customers from closer and farther European countries. This project is a strategic one, but it is unlikely to start operating soon and the country is currently delivering most of its gas exclusively from Russia and its state-owned Gazprom. Recently, however, the fog lifted a bit, making it possible to see things more clearly. Gas projects with neighboring Greece, Turkey and Serbia are on the way.

The most recent gas event these days has been Bulgargaz buying 140 million cubic meters of US liquefied gas. Deliveries have already begun and have proven that Bulgaria has taken decisive practical measures to diversify gas supply sources and routes, contrary to claims that there was no way to buy affordable gas other than Russian. Currently, quantities are rather symbolic, and 140 million cubic meters of gas, compared to 3.5 billion cubic meters per year is a small share. However, the beginning has been set and it has become clear for all that gas in Bulgaria can come from various countries. "This is a milestone for Bulgarian energy," Minister of Energy Temenuzhka Petkova said. Comments in the web even called it the American gas of freedom. Americans have declared investor interest and want to deliver 500 million cubic meters of natural gas over a period of five years, Minister Petkova said. Experts believe that this has been noticed in Moscow where next year the price conditions for the supply of gas for the next two years will have to be renegotiated. This may cause Moscow to lower the gas prices for Bulgaria, which are some of the highest in Europe.

A step in this direction was the turning of the first sod of the IGB gas interconnector with neighboring Greece, which has capacity as much as the domestic consumption of this country and will be completed next year. "We are doing the required tasks to provide infrastructure to supply gas to the region under competitive conditions," said Bulgarian Prime Minister Boyko Borissov at the official ceremony. With the help of this installation, it will become even easier for Bulgaria to receive liquefied gas from the terminal near Alexandroupolis, Greece and from Azerbaijan. Sofia has already signed a contract with Azerbaijan for the supply of 1 billion cubic meters of gas annually, starting next year. The construction of the gas connection with Serbia has been progressing, despite the fact the Saudi consortium that won the tender for the construction, was unable to submit the necessary documents to the Bulgarian authorities and was disqualified. The energy ministers of Bulgaria and Serbia, Temenuzhka Petkova and Aleksander Antic said Monday in Belgrade that the connection will be ready in 2022.

Either way, Russia remains the main gas supplier for Bulgaria, which is easily explained by geography and available energy resources. But Bulgaria has been assessing this "dependence" through the prism of its own interests. It is no coincidence that Sofia wants to build the infrastructure necessary for the extension of the Turkish Stream pipeline to Central and Western Europe to pass through Bulgaria, so it could receive transit fees. All of these developments only encourage and stimulate Sofia to achieve greater energy security and independence by strengthening and expanding gas connections with neighboring countries. 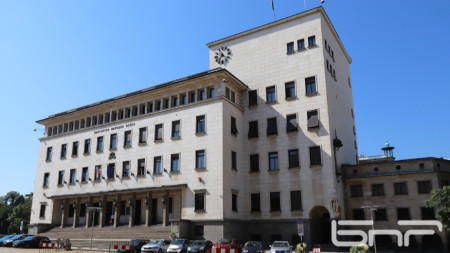 Foreign investments dropped by half in first 10 months of 2021

The flow of foreign direct investments to Bulgaria from January to October remained positive, but decreased sharply on an annual basis. Foreign investments reached 1.144 billion euros. This is 1.178 billion euros less than in the same.. Bulgaria will ask the European Commission for permission to submit its draft for Strategic Development of Agriculture until 2027 with a delay. It should have been ready by January 1, 2022 but due to the political crisis, there has.. 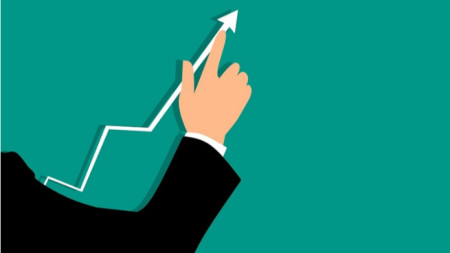 The National Revenue Agency and the National Customs Agency are the main authorities engaged in revenue collection. They collect taxes and excise duties that go to the state budget. The two institutions have reported record-high revenues. The..