The price of the third party liability insurance in Bulgaria may increase up to 400% after the introduction of the new Bonus-malus system, the new draft of the Financial Supervision Commissionsubmitted for public consultations envisages. The calculation of the insurance premium will be based on road traffic violations in seven categories and drivers will be divided into several classes. The price discount may reach 23% or 25% depending on the class of the driver. However, those who violate road traffic rules may pay up to four times more. According to the new version of the Bonus-malus scheme, the insurance will be tied to the owner of the vehicle and the driver, but not to the car itself. In 2020 the competent authorities will start making an individual portfolio of road traffic violations of each driver which will be later used for the calculation of the premium of the compulsory third party liability insurance and the new Bonus-malus system will be enforced in 2021. The new version of Bonus-malus scheme is less rigorous than the previous one, but it also has a number of disadvantages. It has the potential to change the behavior of the drivers, but this potential is not accompanied by estimated numbers for changes in certain directions such as less road traffic accidents, less speeding, less injured people in car accidents, etc, Nadezhda Minkova from the Road Safety Institute said in interview for Radio Bulgaria and added:

So far, only the costs are clear. The insurance companies will spend money to adapt their information systems, the judicial system and the Bulgarian Ministry of Interior will have costs to guarantee the smooth functioning of all processes. The costs of the Guarantee Fund are clear as well. From an insurance point of view the breaches of the penal code related to the Road Traffic Act do not matter to the insurer. In this context, the system would be efficient if it is very well motivated in quantitative values by the institutions standing behind the idea of the Bonus-malus scheme. Secondly, in my view, the rehabilitation period is a reason for concern. For instance, according to the Road Traffic Act, speeding with 20 to 30 kilometers in a populated area is penalized with a fine and 1 year rehabilitation period. However, the new Bonus-malus system envisages three or four year rehabilitation period for one road traffic violation, which is a bit too much.

A working group with the Road Safety Institute with the participation of representatives of the academic community presented its own concept for Bonus-malus system. Some of the amendments to the current proposal of the Financial Supervision Commission took into account some of our ideas as well. For example, we came up with the proposal that the insurance should be tied with the driver and the people who are authorized by the driver to use his car and this proposal materialized in the new version of Bonus-malus. We also proposed that the insurer should have access to the history of the damage claims of each vehicle user and this proposal also became part of the new draft for Bonus-malus scheme.

According to public expectations, the bonus should influence positively the behavior of the drivers. However, in Nadezhda Minkova’s words, the price of the third party liability insurance would not be influenced by the introduction of any type of system:

People would feel the positive effect of the Bonus-malus system only if the price of the compulsory third party liability insurance is static over the years. If prices of insurance go up due to higher costs incurred by the insurance company or the increase of the average damage claim, the drivers will not feel the effect of the Bonus-malus system and may even pay more on the following year. In this case, only the malus is sure.

In Hadezhda Minkova’s words, the number of the newly registered vehicles in Bulgaria on an annual basis is around 300,000, or 10% of all cars in this country. In other words, every second owner of automobile in Bulgaria changes its old car once in five years. Meanwhile in five years, every second driver will lose the 25% bonus and go back to the basic premium if he sells, or gets rid of the old vehicle. This measure is extremely demotivating and it will make many Bulgarians continue driving their old vehicles, in order to keep their bonus. This is a negative secondary effect. If we want to pursue environmental standards and see more new automobiles and cars with bigger security on the Bulgarian roads, we should hinder the frequent renewal of the vehicles. 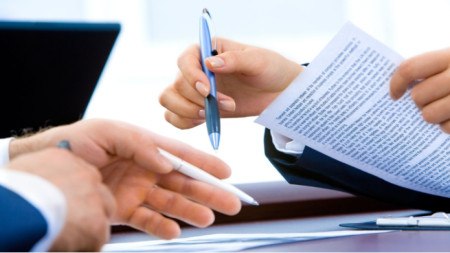 Economists call for the adoption of a Personal Insolvency Law

Leading Bulgarian economists are calling for the adoption of a Personal Insolvency Law. According to experts from the Economic and Public Policy Council, Bulgaria's legislation should protect both the rights of people in financial difficulties and.. 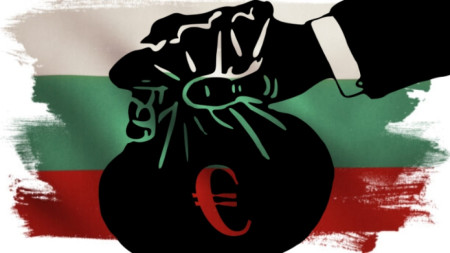 Bulgaria continues to borrow loans on the domestic market – from local banks, pension companies and other corporate investors. On November 22, the Bulgarian National Bank held an auction for the sale of government bonds amounting to EUR..