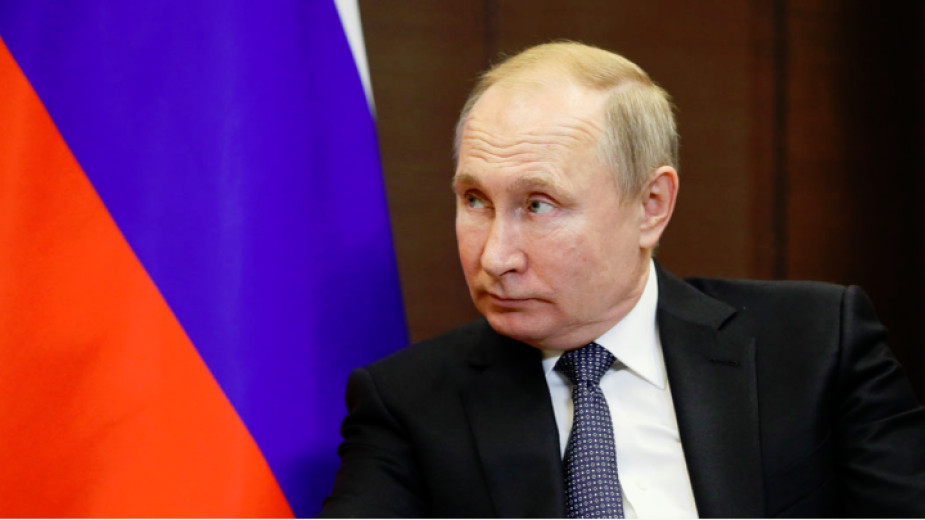 The Bulgarian-Russian gas projects have been experiencing bad times and the latest project, the Turkish Stream, which was due to be operative next year is also about to fail. Before that, in 2014, the giant South Stream gas pipeline project collapsed. It was planned to reach Bulgaria along the bottom of the Black Sea and continue to Central and Western Europe, supplying it with about 64 billion cubic meters of Russian gas annually. Speaking about this pipeline, everything was going according to plan between Moscow and Sofia, until Brussels and Washington intervened and the project failed under the pressure.

Today, we see new tensions in Russian-Bulgarian relations over the construction of the continuation of the Russian "Turkish Stream", which should run from Turkey through Bulgaria towards Central Europe. Everything seemed to be fine so far and the construction of the gas pipeline in Bulgaria and Serbia was progressing. Last week, however, Russian President Vladimir Putin blamed Bulgaria for deliberately delaying construction under foreign pressure, with Serbia nearly completing their stretch. Bulgarian Prime Minister Boyko Borisov himself has denied allegations of sabotage, explaining that 4-5 km of the pipeline are being built each day and that the delay was due to compliance with EU requirements and regulations.

Putin's ultimatum, according to Russian media, threatened Bulgaria that if it continued to hamper the construction of the 15.8 billion cubic meter gas pipeline, Russia would find other routes that did not cross Bulgaria’s territory. "If Bulgarians did not want it - not the Bulgarians, but the Bulgarian leadership - we would find other ways to realize our capabilities in Southern Europe," the Russian leader said at a joint press conference in Sochi after speaking with his Serbian counterpart, Aleksandar Vucic. "Everyone has the right to seek alternative routes and we are seeking for alternative diversification," said Bulgarian Prime Minister Boyko Borissov, urging the Russian ambassador to Bulgaria, Anatoly Makarov, to clarify accusations. Following this meeting, it was stated that "there were no prerequisites to impede the development of bilateral relations in a pragmatic and benevolent way in the future." Being a little more specific, Bulgarian Energy Minister Temenuzhka Petkova said that the construction of Turkish Stream through Bulgaria was going on schedule, but specified that the activities for implementation of the European natural gas directive, as well as the execution of public tenders for the selection of a contractor and courts appeals took time. Accidentally or not, the day after Putin's ultimatum, Moscow expelled a senior Bulgarian diplomat from Russia, declaring him a "persona non grata". According to Foreign Minister Ekaterina Zaharieva, this had nothing to do with Putin's reproaches.

So far, Bulgaria has been very keen to become a transit country of the so called Balkan Stream. Its construction would cost 1.102 billion euros for the 474 km length of pipes to be laid in 615 days by the Saudi Arcad Consortium. Bulgaria expects to regain investments through transit fees. On this occasion, Minister Petkova quite vaguely stated that there was expected “profit over the next 20 years of over BGN 4.358 billion" (about 2.2 billion euros).”

According to Turkish President Erdogan, Turkish Stream would officially open on January 8th. By this date it is obvious that Bulgaria would not be able to complete the construction of its part of the project. It is even less likely for an alternative route for the gas pipeline to be found. At an earlier stage of the project, Greece was also a candidate for the gas pipeline, but its candidature was dropped due to more favorable conditions offered by Sofia.

Bulgarian experts say the country had no reasons to deliberately delay the construction of Balkan Stream. Unless once again geopolitical considerations against the project had taken their toll. A few days ago, Bulgarian Prime Minister Boyko Borissov met with US President Donald Trump in Washington and shortly after, US Ambassador to Sofia Herro Mustafa said that Turkish Stream would not bring the expected benefits and "continuing Turkish Stream through Bulgaria aimed to use Bulgaria solely as a transit country".