Resignation is not an option, GERB parliamentary group chair says

“I do not think we can be useful by resigning because we are expected to guarantee a normal exit from the crisis in the coming months,” said Daniela Daritkova, chair of GERB’s parliamentary group for the BNR. "For the purpose we need a..

Deputy Prime Minister and Minister of Tourism Mariyana Nikolova is seeking an extension of the 80/20 anti-crisis measure until May 2021, the Ministry of Tourism has announced. In her words, around 22,000 jobs in the tourism industry have.. 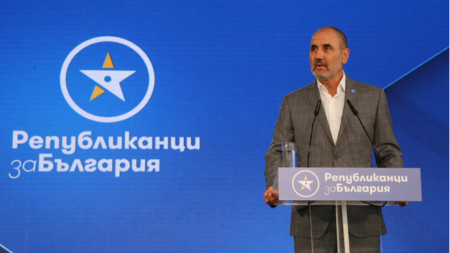 Tsvetan Tsvetanov: I do not support the president

“I support the democratically minded citizens who have been coming out in the streets to protest for 80 days now, but not President Rumen Radev,” said the leader of Republicans for Bulgaria Tsvetan Tsvetanov for the BNR. Tsvetan Tsvetanov,..

5% of the 5,047 PCR tests performed in the last 24 hours have returned positive, data of the National Information Portal shows. A total of 255 newly..

A meat processing factory, which mainly employs Bulgarian and Hungarian workers, has become a hotspot for a coronavirus outbreak in Germany, local media..

The sums Bulgarians living abroad send back to their families in this country have dropped dramatically, according to Bulgarian National Bank..