Bulgaria’s 2020 state budget accentuates for another consecutive year on the increase of wages in the public sector and on significant increase of the salaries of the Bulgarian teachers, which will double by the end of the term of office of the current government. I don’t see any other big policy in the next budget of the country, except for the potential introduction of the road toll system which will bring more money to the state treasury if it starts functioning next year. However, the cost-related reforms are slow. Reforms should be made in years of economic growth, when there is more money and surplus, the Senior Economist from the Institute for Market Economics Petar Ganev said in an interview for Radio Bulgaria and added:

In my view, healthcare is one of the systems where the lack of reforms is most obvious. The authorities voiced commitment to break the monopoly of the National Health Insurance Fund and allow some private health funds to enter the market, which would somehow take into account the preferences of the consumers. However, this reform was announced over one and a half years ago and nothing happened ever since. Unlike the education system, where a new legislative base was introduced and the salaries of the teachers have been constantly increasing, nothing new has been done in the health system apart from the increase of the budget of the National Health Insurance Fund. However, the money increase did not lead to improvement of the healthcare service.  The issue related to the low salaries of the health specialists has not been resolved and we are still witnessing tension in that sector. This is due to the way the system functions and no matter how much money goes to the health sector, it will never reach the health specialists. The public administration and the law enforcement agencies are another problematic sphere. At the end of this year, some money from the budget surplus will go again to the Ministry of Interior. In other words, the same systems receive more money at the end of the year.  Apparently, there are problems in these spheres, but they are not being addressed.

The 2020 budget will be balanced for the first time in 11 years. In other words, budget revenues next year will equal budgetary expenditures:

This is a result of the medium-term budgetary framework and in compliance with the rules in the European Union. In terms of the fiscal balance, the Bulgarian cabinet observes the medium-term framework very strictly. Several years ago, the government estimated that the budget deficit should decrease with 0.5% per year. We started with 2% deficit. This year it is projected at 0.5% and in 2020, there will be zero budget deficit.

According to the Institute for Market Economy, 20% of the taxes levied on the individuals’ income should go automatically to the budgets of the Bulgarian municipalities. Such a measure would inject nearly EUR 400 million per year in the municipalities’ budgets. The experts from IME contend that this step would double the revenues of the Bulgarian municipalities and they will not have to raise taxes. This discussion will not end and in my view, the new Bulgarian mayors will talk on this topic very actively. I hope that our proposal will materialize soon. We asked Pater Ganev what else he would like to see in the future budgets of the country:

I would like to see financial decentralization and changes in the healthcare system. I would also like to see some taxes being reduced, especially some smaller taxes such as the taxes on the interest rates on deposits, the taxes levied on the sole traders, especially against the backdrop of the fact that the Bulgarian municipalities announced increase of some local taxes. We have not witnessed tax reductions in the past ten years. There was fiscal space for reduction of some taxes, but it has not happened due to lack of political consensus. The alternative budget prepared by the Institute for Market Economics traditionally envisages measures aimed at reducing tax rates. 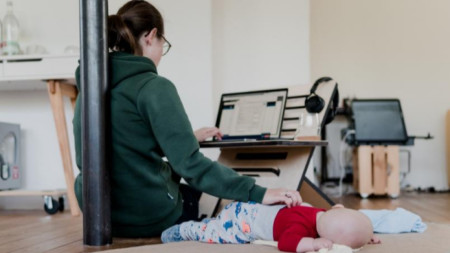 Bulgaria keeps recording an increase in offers for remote jobs and their share in October was 13.5%. The increase compared to the previous month is 7%, and for the last four months this growth is 29%, according to a study of the dynamics of.. 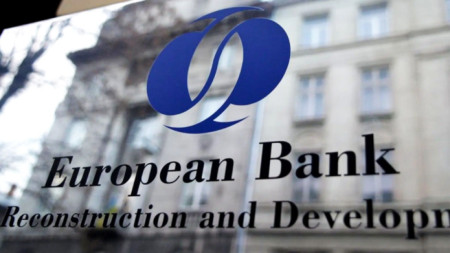 The European Bank for Reconstruction and Development, EBRD, is forecasting that the economy of Bulgaria will grow by 4.2% in 2021, compensating for the 4.2% drop in 2020. This means the EBRD has cut down its June forecast for a 4.5% GDP growth by..

Gas transmission to Serbia, Hungary and Romania resumed at midnight, Bulgartransgaz announced. This happened after the end of the repair works on the damaged gas pipeline near the village of Vetrino. Gas transmission was temporarily suspended on..