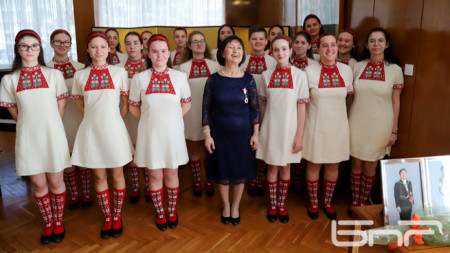 At an official ceremony at the Embassy of Japan in Bulgaria , Ambassador Extraordinary and Plenipotentiary Narahira Hiroshi presented the Japanese State Order of the Rising Sun, Gold and Silver Rays to the chief conductor of the Children's Choir of the..