One of the stars that emerged from the School of Bulgarian opera prima Raina Kabaivanska - world famous soprano Maria Agresta, has been nominated in the "Best Singer" category at the 2020 International Opera Awards. After graduating from the Conservatory of Music in Salerno, Agresta studied under the guidance of Raina Kabaivanska at the Vecchi-Tonelli Music Institute in Modena and took part in master classes at the New Bulgarian University.

Her opera career started in 2010 on the stage of the Sofia Opera and Teatro Comunale di Modena in shows where performers were only students of prima Raina Kabaivanska. Participations at the most prestigious opera houses such as the Metropolitan, the Teatro alla Scala in Milan, the Arena di Verona, Covent Garden, and opera stages in Paris, Rome, Madrid, Chicago and more followed. Her partners on stage have been the world's biggest tenors - Placido Domingo, Jonas Kaufmann, Roberto Alagna, Francesco Demuro, Andrea Carè.

The award ceremony of the world's most prestigious opera prizes will take place on May 4 at Sadler's Wells Theater, London. The beauty of the Bulgarian southern Black Sea coast is shown in the new video of Italian DJ Fabrizio Parisi. The video is part of the song South Legend, inspired by the Bulgarian folklore. It is already broadcast on the airwaves of radio stations in.. 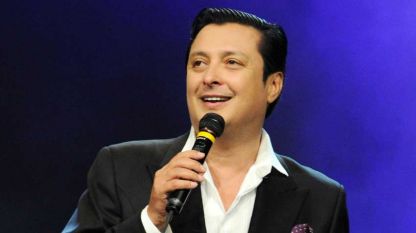 "Impressive as fireworks after silence" - this is how jazz singer Vassil Petrov describes his new program. He will present it on a national tour, which starts with a concert in Plovdiv on July 21. Concerts follow in Burgas, Petrich, Varna,.. The 24 th edition of Haskovo Jazz ( 23 - 26 September) is dedicated to the free spirit of foremost Bulgarian jazz pianist and composer..