The biggest Bulgarian community abroad lives in Germany – a total of 416,000 people according to approximate Bulgarian Foreign Ministry estimates from 2019. The growing number of immigrants from Bulgaria means new Bulgarian Sunday schools should open where children can hone their knowledge of their native language. Currently there are 38 Bulgarian schools in the German provinces, ten years ago there were only 6.

One of the centres that brings together Bulgarians living in Germany, Belgium and the Netherlands is the Bulgarian Centre of Education and Culture in Aachen, North Rhine-Westphalia.It was established three years ago by former university students in Germany who have married and reside permanently in the region. There is a Bulgarian school functioning as part of the centre where the Bulgarian language, history and geography are taught.

I do not think that the Bulgarian language is enough, they ought to know the traditions and culture as well, says Dobromir Mashev, chairman of the centre. Only when we have passed them on to our children can we say we have given them a solid foundation. That is why we established the Bulgarian school, but also a Bulgarian centre for culture and education.

It all started when an event was organized at which children made martenitsas. After that Bulgarians from the three countries started getting together on major holidays and various events are organized – one of them are the Days of Bulgarian Culture and the Day of Nations in Aachen.

The Centre brings together Bulgarians on the basis of their shared origin and language, but it also works towards their integration into the big European family we are all part of. That is one of our principal objectives, the chairman of the centre says. The Bulgarian children growing up in Germany need to know their roots, because only when these roots are strong can they develop. People like us who have been living in Germany for a long time say that the country, its culture go beyond the borders of Bulgaria. And wherever we may be – because there are several million Bulgarians scattered around the world – it is important to observe tradition, but also to be integrated into the country we live in.

The international competition Az, Buki, Vedi is the event which the children attending the Sunday schools in Germany look forward to most. This year’s edition is on 21 June in Aachen.

The children are so motivated because they are able to demonstrate what they have learnt in the Bulgarian schools, Dobromir Mashev says. The competition is for reading and the jury is of linguists and Sofia University lecturers of very high standing. Each child gets a small prize and a certificate of participation, a king and queen of letters is chosen. The children are so eager to come out on the stage because they want to demonstrate everything they know. And then when they go back to their own schools they tell their classmates all about it and what countries the other participants come from. That is how an international competition was created and we hope the initiative will be taken up by other colleagues. All the more so that next year it will have its first edition outside of Germany – in London. 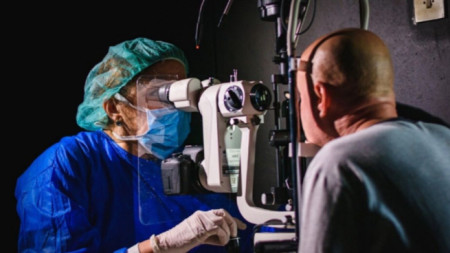 It is not uncommon for useful inventions to be born in times of crisis when human brain is placed under intense stress and this is how a unique protective face shield for ophthalmologists was invented at the University Specialized.. 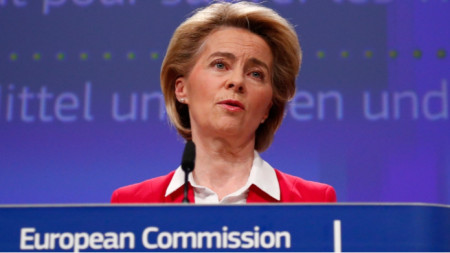 There is an increasing number of fake news about coronavirus outbreak that are circulating in particular online. It is a massive wave breathing on the ground of uncertainty, anxiety and the rapidly-changing news cycle , The President of.. 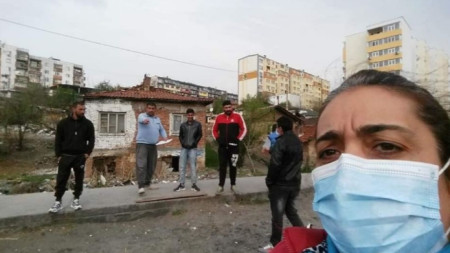 COVID-19: Over 200 health mediators are at the forefront of working with minority groups

Closed behind lines of police officers, thousands of people are wreaking havoc in Roma neighborhoods in Bulgaria "Famine is coming to more and more families in need, but there is no adequate solution to their problems yet," says Prof...

COVID-19: Over 200 health mediators are at the forefront of working with minority groups

Closed behind lines of police officers, thousands of people are wreaking havoc in Roma neighborhoods in Bulgaria "Famine is coming to..

There is an increasing number of fake news about coronavirus outbreak that are circulating in particular online. It is a massive wave..

It is not uncommon for useful inventions to be born in times of crisis when human brain is placed under intense stress and this is how a..