Albena Petrovic-Vratchanska: The profession of composer is not a male privilege 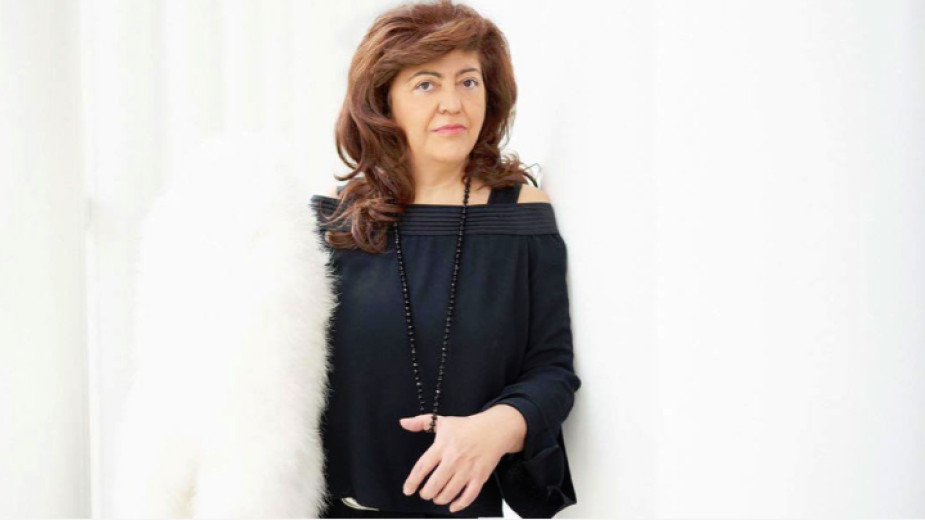 For the first time in its history, on 8 March, International Women’s Day, the European Broadcasting Union (EBU) is launching “Women in Music Days”.

Alongside 400 other public service media radio broadcasters from 38 countries the Bulgarian National Radio is joining in this initiative dedicated to the achievements of women in music – as performers as well as composers. Throughout the day the BNR, alongside all other public service media radio broadcasters members of the EBU, will be dedicating airtime to play musical - or related content – exclusively by women.

Radio Bulgaria is joining “Women in Music Days” with an interview with Albena Petrovic-Vratchanska – composer and organizer of music events in Luxembourg where she has lived and worked for more than 25 years. She has received many awards for her work, including the Order of Merit of the Grand Duchy of Luxembourg, and is artistic director of the festivals New Classic Stage and Les Concerts du Foyer Européen in Luxembourg.

Albena has graduated from the Prof. Pancho Vladigerov National Academy of Music in Sofia. In Luxembourg she specialized contemporary composition techniques, musical analysis and computer music. She is author of over 600 musical works in various genres some of which have been published by Schott Music International, Еditions Octanphare and Luxembourg Music Publishers. Works of hers have been performed in USA, Brazil, Australia, Andorra, Germany, Russia, Italy, France, Spain and elsewhere. And despite her tight schedule she has never severed her connection with Bulgaria.

And as we are having this conversation on the eve of 8 March, we ask her how she spends Women’s Day. I remember as a child in Bulgaria we celebrated mothers’ day with much ado, she says. Now that she has made a name for herself as composer she usually celebrates with appearances at concerts of works by female composers. Albena does not agree that the profession of composer is a male privilege.

When I started studying composition at the Music Academy in Sofia there was nothing unusual in that, there were other female students doing composition, she says. It was only when I went to the “West” that I saw how few women there were in this profession. That is perhaps what helped me get noticed at the start of my career. Afterwards things changed and now there are many female composers. I myself strive to develop an interest in creativity in the young. In 2010, with the support of the ministry of culture of Luxembourg I founded the competition Artistes en Herbe (budding artists) for child composers which is still the only one of its kind in Europe. It has three age categories in the Junior section – up to the age of 11, 15 and 19. This year the deadline for sending works is 10 March. We have already received an enormous amount of works which the jury can review. I constantly work with Bulgarian musical institutions and with musicians from Bulgaria. Very often the world premieres of works of mine are in Bulgaria. I constantly work with ppIANISSIMO – one of the few festivals of contemporary piano music. This cultural forum has occasioned me to write new works several times. My radio opera LE PIANO BLUE will be presented within the frameworks of ppIANISSIMO in less than a month’s time. My cooperation with the Sofia Music Weeks international festival has been a very fruitful one. I am grateful to my country for these opportunities. I am also grateful to Luxembourg where I have fantastic conditions to do my work, so my “two-way career” between the country where I was born and where I got my education, and the country where I live, is quite natural.

I absolutely do not see myself as a successful woman. I have won many prizes but I cannot say they are what make a composer. For the creative spirit there can be no pause. We constantly endeavour to create newer and newer things. The life of an artist is a restless one.