Instead of live concert, a festive celebration on the radio

"The concert planned to take place in the National Palace of Culture dedicated to the anniversary is postponed, but let us be together in our thoughts on this day – all current and former choir singers, in Bulgaria and around the world. And let's keep our spirit high, just as have been taught to do here at the Children's Radio Choir," are the words of encouragement of Venezia Karamanova, the chief conductor of this iconic Bulgarian choral group whose story began in the remote 1960.

Then, on the first day of spring, the first rehearsal of the Children's Radio Choir with the then-young conductor Hristo Nedyalkov took place. Under his leadership, the choir performed at a huge number of concerts in all major cultural capitals around the world, it participated in choral competitions, festivals, and major international events. In Japan alone, concerts of the Children’s Radio Choir are over 500, in as many as 150 towns during a total of 18 tours. Today, the music curriculum of children in the Land of the Rising Sun includes several Bulgarian songs (translated into Japanese), which have become popular along this remarkable cultural collaboration between the two countries. Quite impressive is also the number of awards the group has earned at reputable choral forums worldwide. Among them is the title "Ambassador of European Culture", awarded by the European Federation of Choirs with the European Union in 2002.

Academician Hristo Nedyalkov was the main driving force of the group for more than half a century, until 2013 when he passed away. Then, the leadership of the group went into the hands of Venezia Karamanova, a longtime choirmaster and assistant conductor of the group, who perceived it as her primary task to preserve the existing choir traditions but also to create new ones.

Here are the words of Mrs. Karamanova addressed to all who today celebrate the birthday of this much-loved Bulgarian choir:

“I would like to congratulate all of them! Let us not be disappointed that we will not see each other exactly on March 21, like we do every year. I want to address you, choristers - some at home, others already grown up and scattered around the world. I would also like to appeal to all admirers of our choral art. Indeed, we were planning to celebrate our 60th anniversary with a glamorous event, but we will still do it, albeit in a quite unusual matter, with the help of Radio Bulgaria. Let each one of us voice our gratitude to the founder of the ensemble and its long-time conductor Maestro Hristo Nedyalkov. We all live with music, with songs, with art. And every single moment when we are in touch with them nurtures and transforms us. Your talent, dedication and hard work have carried the Bulgarian song around the world, to the most prestigious stages in London, New York, Moscow, Beijing, Tokyo… You have won the love of the audience on four continents. I wish the always young Children’s Choir of the Bulgarian National Radio numerous artistic accomplishments and first and foremost, let us all be healthy! Happy 60th Anniversary and “Na Mnogaya Leta”!

The choir has plans to celebrate throughout 2020. The group is preparing a photo album for the last 10 years of its existence as Maestro Hristo Nedyalkov left a wonderful book, Fifty Years of the Children’s Radio Choir, which fully covered the first 5 decades. The singers are planning an exhibition in front of the National Theatre in Sofia.

“Let this extreme situation pass and at the end of September or the beginning of October you will hear our songs that we have prepared with such love. The new CD we recorded includes songs from our new repertoire as well as iconic works from the first five decades of the group. We had planned concerts, but now everything changes, let's see what we will do. The choir has endured so many trials! In the most difficult situations, the Maestro always taught us to pull ourselves together and do the best we can at the moment. He did not like to mourn and to shed tears. This is part of the upbringing that we all have received in the choir, which we in turn pass on to each successive generation”, Venenzia Karamova explains.

One of the choir’s future projects is also a concert at the Ancient Theatre in the city of Plovdiv with former soloists of the group who are now prominent names on the world opera stage - Maria Radoeva, Svetlina Stoyanova, Violeta Radomirska:

“The famous opera singers who have started from this ensemble are become more and more numerous”, Venezia Karamova adds.Also, we should not forget that among our former singerswe have celebrated figures who have succeeded in different spheres of life - conductors Rosen Milanov and Stefan Nedyalkov, journalists Yulia Taleva, Lydia Mihova and many other valuable people who came from our ranks and turned into distinguished names in their professions”. 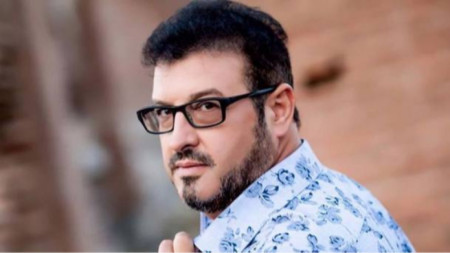