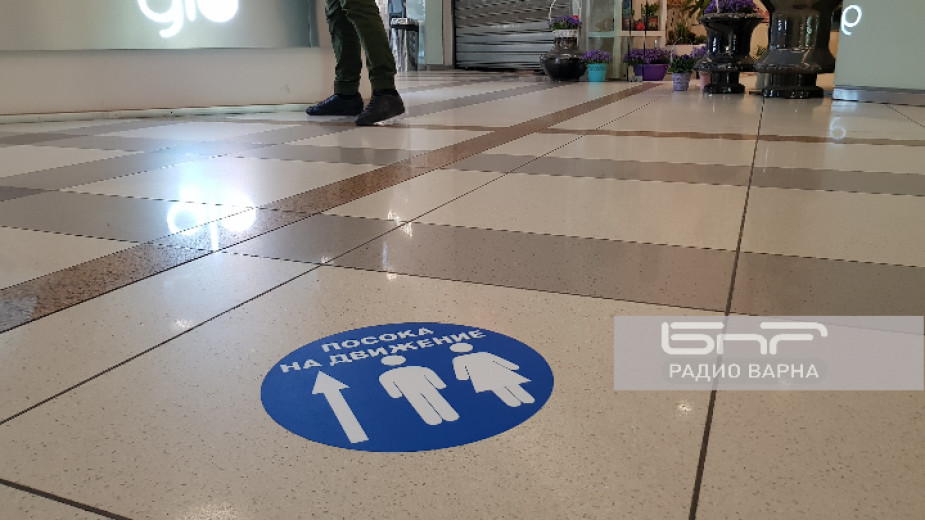 As of June 1, Bulgaria will be open for tourists from 29 countries, the Ministry of Tourism has announced. The obligatory 14-day quarantine for those entering Bulgaria from the EU countries, Serbia and North Macedonia has been abolished.

The quarantine is still in force for persons arriving from 8 European countries, which still have a high incidence of Covid-19. These are Sweden, Belgium, Ireland, Portugal, Spain, Malta, Italy, the United Kingdom and Northern Ireland. The list of countries is subject to update depending on the development of the epidemic situation and government decisions.

For the past 24 hours,14 new cases of Covid-19 have been registered in Bulgaria. 606 tests were carried out. Among the newly infected are two medical professionals - a dentist from Sofia and a doctor from Sliven. There is also a 4-year-old child who is of the newly infected doctor in Sliven.

Over the past 24 hours, there has been one fatality - a 64-year-old woman from Sliven, who also had diabetes.

Serbia's President Aleksandar Vucic is to arrive in Bulgaria on June 1 at the invitation of Bulgaria's Prime Minister Boyko Borissov. This will be the first visit of a foreign politician after the start of the pandemic.  Borissov and Vucic will inspect the progress on the construction of the Europe motorway and the Balkan Stream gas pipeline. The two projects are extremely important for the infrastructural connection between Bulgaria and Serbia, as well as between the Balkans with Europe.

PM Borissov will welcome the guest at Sofia Airport and the two will discuss the development of bilateral relations. The talks will also focus on the European perspective for Serbia.

Foreign ministers of Bulgaria and Serbia discuss the pandemic

The Foreign Ministers of Bulgaria and Serbia, Ekaterina Zaharieva and Ivica Dacic, have held a telephone conversation. The two ministers, who are also deputy prime ministers of their countries, found that due to timely measures, the epidemiological situation caused by the pandemic has improved significantly. Therefore, the full normalization of relations and the continuation of cooperation has begun.

The two ministers said that a constant level of communication was maintained during the Covid-19 crisis, which also led to the May 19 agreement to normalize the regime of entry and the opening of border crossings.

We are monitoring a fatigue in the epidemic, Assoc. Prof. Georgi Popov, head of the Infectious Diseases Clinic at the Military Medical Academy in Sofia and a member of the National Operational Headquarters told the Bulgarian National Radio. There are isolated cases - one day more numerous, another day less numerous, but "we are steadily going to the epidemic tail," said the expert.

Bulgaria's healthcare system managed to cope thanks to the fact that the blow was not as strong as in Italy and we already had the experience of Europe and China, said Popov.

A group of Bulgarian doctors visited the research center at the University Hospital in Pavia, Italy. They learned from their Italian colleagues that the built-in immunity in the survivors of the infection disappears after about 3 months, Popov said.

In June, 60% of dismissed workers to have jobs again

In the last two weeks, there has been a steady trend for more people to find employment per day than to register as unemployed at employment offices, the Ministry of Labour and Social Policy has announced. In the last week of the state of emergency, an average of 1,225 people a day registered as unemlpoyed, and from 25 to 29 May their number increased by 26% - to 1,547 persons per day. At the same time, an average of 1,000 unemployed are registered daily, as they were before the crisis.

If the trend continues in June, nearly 60% of the unemployed will find work, including in the fields of tourism, hotels and restaurants, according to the ministry.

In April, the profit of banks in Bulgaria shrank by nearly 60%, data from the Bulgarian National Bank indicates. For the month falling within the state of emergency introduced in mid-March, the profit reported by banks amounted to 30 m euros, up more than 42 m euros from a year earlier. One of the reasons for the sharp decline is the suppressed credit activity of banking clients.

At the same time, in April banks reported much lower revenues from fees and commissions. This is also due to the stagnation caused by the anti-virus measures, which have blocked many businesses and led to fewer bank and card payments. The beaches at Bulgaria’s Black Sea coast are full on the first weekend of July, the Bulgarian National Television announced . The tourism sector shows optimism about this year’s tourist season for the first time. Some hotels are almost fully booked.. Jet2 airline announced the list of holiday destinations it will fly to from July 15. The airline will not fly to Bulgaria, Montenegro and Portugal due to ongoing quarantine rules. Jet2 has been operating in Bulgaria since the summer of 2019. The.. Bulgaria will apply for a EUR 500 million loan to maintain employment. The money is expected to be allocated this year. Application under the SURE..

15-kilometre line of vehicles waiting at border crossing into Greece After the closure of border checkpoints to neighbouring countries, a..