Literary routes follow in the footsteps of celebrated Bulgarian authors

The project of the “Read Sofia” foundation presents stories told via city walks, created specifically for the purpose by writers and poets, theoreticians and literary historians. Part of the programme is targeted at children. Their guide will be translator and writer Zornitsa Hristova. On 27 June the literary pathways will lead to the works of Valeri Petrov, Dora Gabe, Elin Pelin, the Mormarev brothers and the illustrations by Vadim Lazarkevic.

“In the footsteps of the Blue Boy” is the title of the literary route dedicated to poet Alexander Vutimski, the role of guide being assigned to Kaloyan Pramatarov – poet, translator from French and archaeologist. On 1 July the story will begin close to one of the oldest hotels in Sofia, will continue with Vutimski’s home in Rakovski Street, to end in the Doctor’s Garden, where the poet worked for a time as park warden.

“Walking with Ivan Vazov and Evgeniya Mars” is planned for 8 July and 26 August, with guide Katya Zografova, author of 15 books, dedicated to some of the classics of Bulgarian literature.

The last event on the “Literary routes” in the autumn is dedicated to 135 years since the birth and 60 years since the death of one of Bulgaria’s most talented poets from the turn of the 20th century - Nikolay Liliev. This route will start and will end at the buildings that were, metaphorically and literally, home to Nikolay Liliev – the Ivan Vazov National Theatre, where Liliev was playwright for close to 30n years, and the street in Lozenets residential area in Sofia which now bears his name.

The second edition of the “Literary routes” is on from June until October. Admission is free. 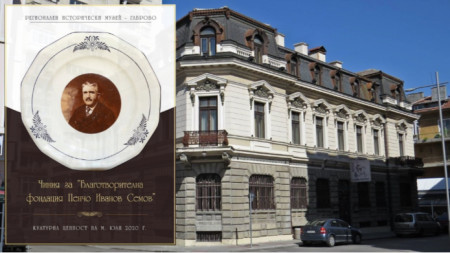 A “Pencho Ivanov Semov charity foundation” plate is the cultural item of the month for July of the Regional Museum of History in Gabrovo. Pencho Semov, an industrialist with a major contribution to the industrialization of Gabrovo, is depicted.. 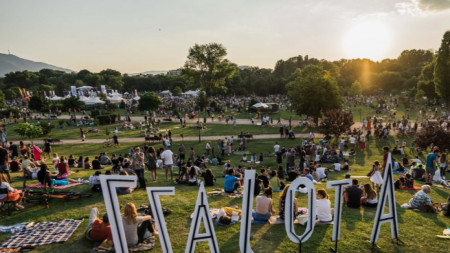 A to Jazz Concerts continue in Sofia

One of the biggest cultural events in Bulgaria, A to Jazz, owes its fame to the magnificent selection of musicians and the choice of stage located in one of the parks in the capital city. The festival, which attracted more than 35,000 people in 2019.. The whole of 2020 is passing under the sign of a notable jubilee – 170 years since the birth of Bulgaria poet, writer and prominent public figure Ivan Vazov, titled, in his own lifetime “patriarch of Bulgarian literature”. His novel “Under..