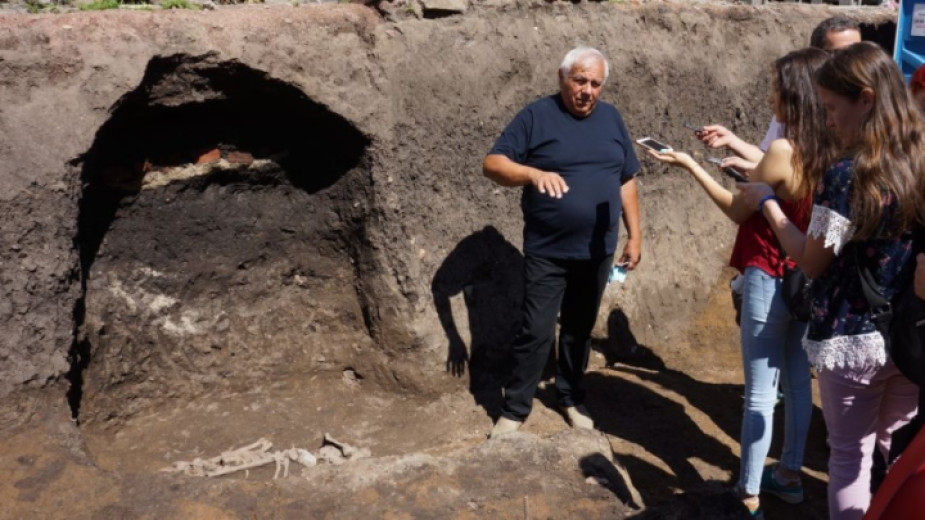 Vasil Nikolov in front of the discovered Neolithic graves in Sofia's Slatina district
Photo: Bulgarian Academy of Sciences
Archaeologists have unearthed four graves dating back to 8,000 years ago in the early Neolithic settlement of Slatina in Bulgaria's capital Sofia. The unearthed skeletons are of three adults and a child, said the Deputy Chairman of the Bulgarian Academy of Sciences Vasil Nikolov, quoted by BTA.

These are the earliest discovered graves in Sofia and the Sofia plain. The settlement existed for about 500 years, from the end of the 7th to the middle of the 6th millennium BC and was established by settlers from Asia Minor. Laboratory and DNA analysis of the findings at the Institute of Anthropology is forthcoming.

One of the graves is double with a man next to a child. The other remains are of a woman lying on her stomach and a man in an embryonic position, the scientist commented.